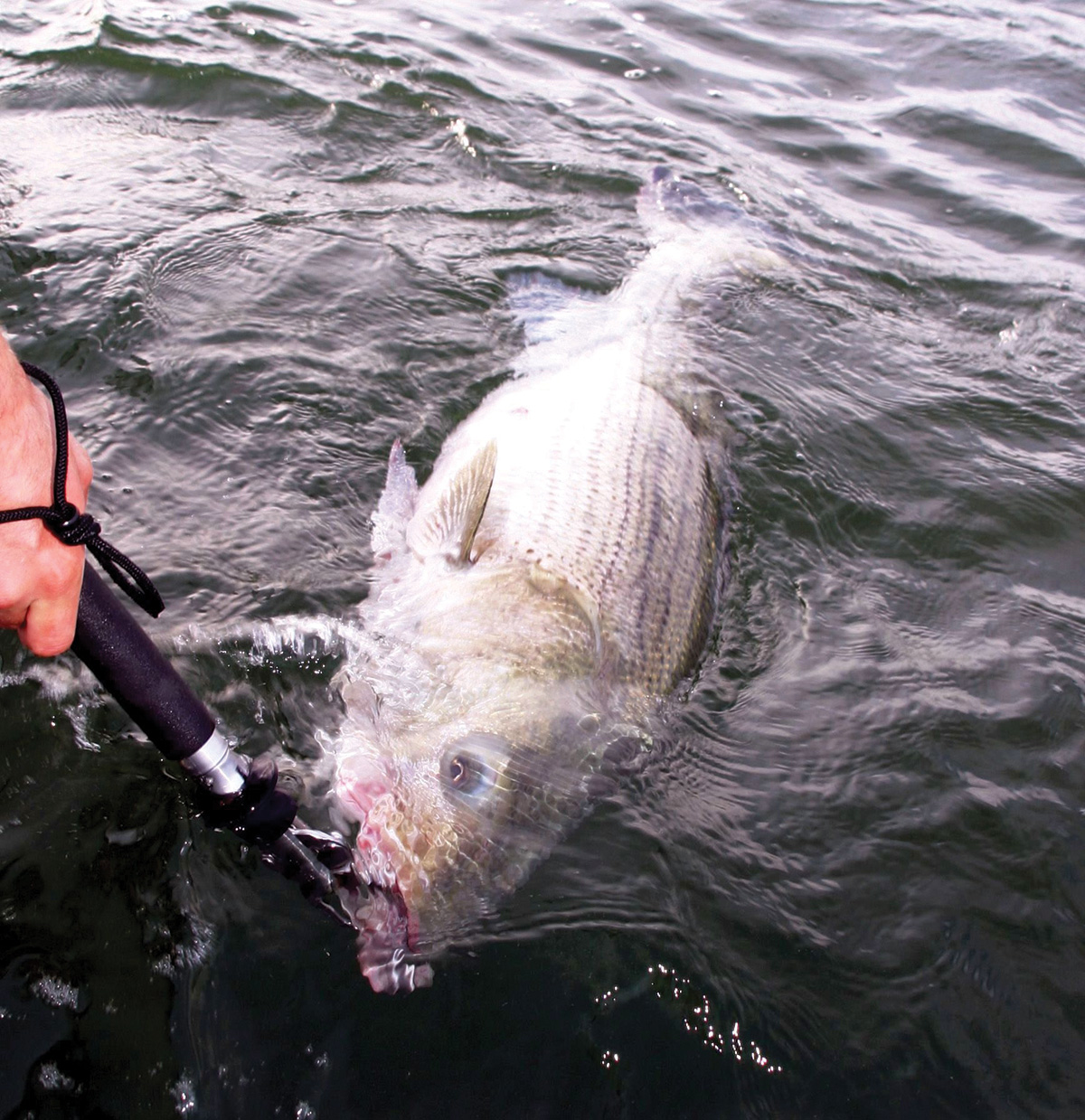 In my home I have an office that my wife calls my ‘man cave’. It is full of pictures and many things collected as memoirs of the times I just love to revisit. One of my most treasured memoirs is a large striped bass hanging over my desk. The fish is more than just a trophy to me; not only does it remind me of a great night of fishing, but for years it has provided me with a laugh every time I needed one. Just one glance at it and I break into a smile every time. This all started forty years ago.

My wife and I were newlyweds, still working on our first year of marriage. I worked with my father in the family building business, and my wife worked as a lab technician at the Atlantic City Hospital. It was a great time in our lives because we were very much in love and still learning things about one another.

Barb knew I loved fishing before she married me and was used to my late-night fishing trips during striper season. We both grew up in South Jersey and share a love for the ocean, beaches and back bays that surround Absecon Island. My wife enjoys bay fishing, crabbing and boating. Her most enjoyable pastime would definitely be Margate Beach where she grew up; swimming, sunbathing, taking long walks or just sitting under an umbrella reading a good book was her joy.

No matter what we were doing back then, we loved spending time together. There was only one problem that existed and that was my wife had to work on Saturdays. This sometimes caused problems, but nothing major. At the time, I had been striper fishing on Friday nights at the Margate Bridge. The problem was that every night the tide would change an hour ahead, so my departure time and returning time would advance each night. Leaving the house at eleven at night and not returning until three in the morning really hurt her sleeping time. No matter how hard I tried, coming home late always affected her sleep, but she loved me and put up with it. My saving grace was that she also loved baked striper.

It was around ten-thirty, one Friday night, when I kissed my wife goodbye and headed out for a night of fishing. After hours with no luck at all, I started to think about calling it quits. I was feeling a little disappointed, not a single hit all night, when all of a sudden my luck changed.

After a nice cast under the bridge, my line went slack, which was normal, as the tide was going out. What happened next is one of my best fishing memories as the line tightened up and the rod was almost pulled out of my hands. For the next half hour, I fought the fish, not knowing what it was, hoping all along it was a striper. Joy of joys, when I got it netted, I knew this fish was a contender for the Press of Atlantic City’s fishing contest. I was so excited I almost dropped my fishing rod. After laying the netted fish on the floor of the boat, I untied the boat and drifted out from under the bridge. When the lights from the bridge lit up the fish my excitement grew. I started the motor and headed back to the dock. The fish was so big it wouldn’t fit into my cooler.

When I got back to the dock, I wasted no time in unloading the boat and getting all the gear back into my truck. Returning to the boat to get the fish, I was confronted with the cooler problem again. I knew I had to wait until at least six o’clock when the bait shops opened up and I could get it weighed in, so I came up with a great idea on my way home that would solve the cooler problem. I stopped at the all-night convenience store and bought two large bags of ice. When I got home, I tried to be as quiet as I could as I put the fish in our bathtub, spreading the ice all around it to keep him fresh until the weigh-in station opened.

I cleaned up and went to bed, where I kissed my wife and tried to share my wonderful news with her. All I could get out of her were a couple of moans and a “That’s nice, now let me get some sleep.” It was around four o’clock in the morning and I was exhausted as I fell into a very deep sleep.
I’ll never forget the scream that woke me up; it touched every man-button I had and every nerve in my body tensed up. All that went through my mind was that my wife needed me to protect her. I jumped out of bed, ready to kill or be killed by whatever was making her scream. Nothing was on my mind other than protecting her as I ran down the hallway to save her.

I pushed the bathroom door open with such force that the doorknob punched a hole in the wall. I found my wife standing naked, a towel being held with one hand and the other pointing at the fish in the tub. All she said was, “Get It Out!”

As all of my man-buttons started to shut off, I tried to explain what had happened, but she just kept repeating, “Get It Out! I can’t believe I put my foot in there!”
As fast as I could, I cleaned out the tub so she could shower and get to work. We both had a good laugh and all was forgiven over our morning cup of coffee.

Once, years later, I asked her to look at the fish and inquired if she remembered that day. She just smiled and called me a “dirty dog.” God, I love my man cave and all its memoirs, but most of all I love that fish.

(By the way, that fish won “First Place” in the local Atlantic City Press contest and it earned “Honorable Mention” in the national Field and Stream competition.) 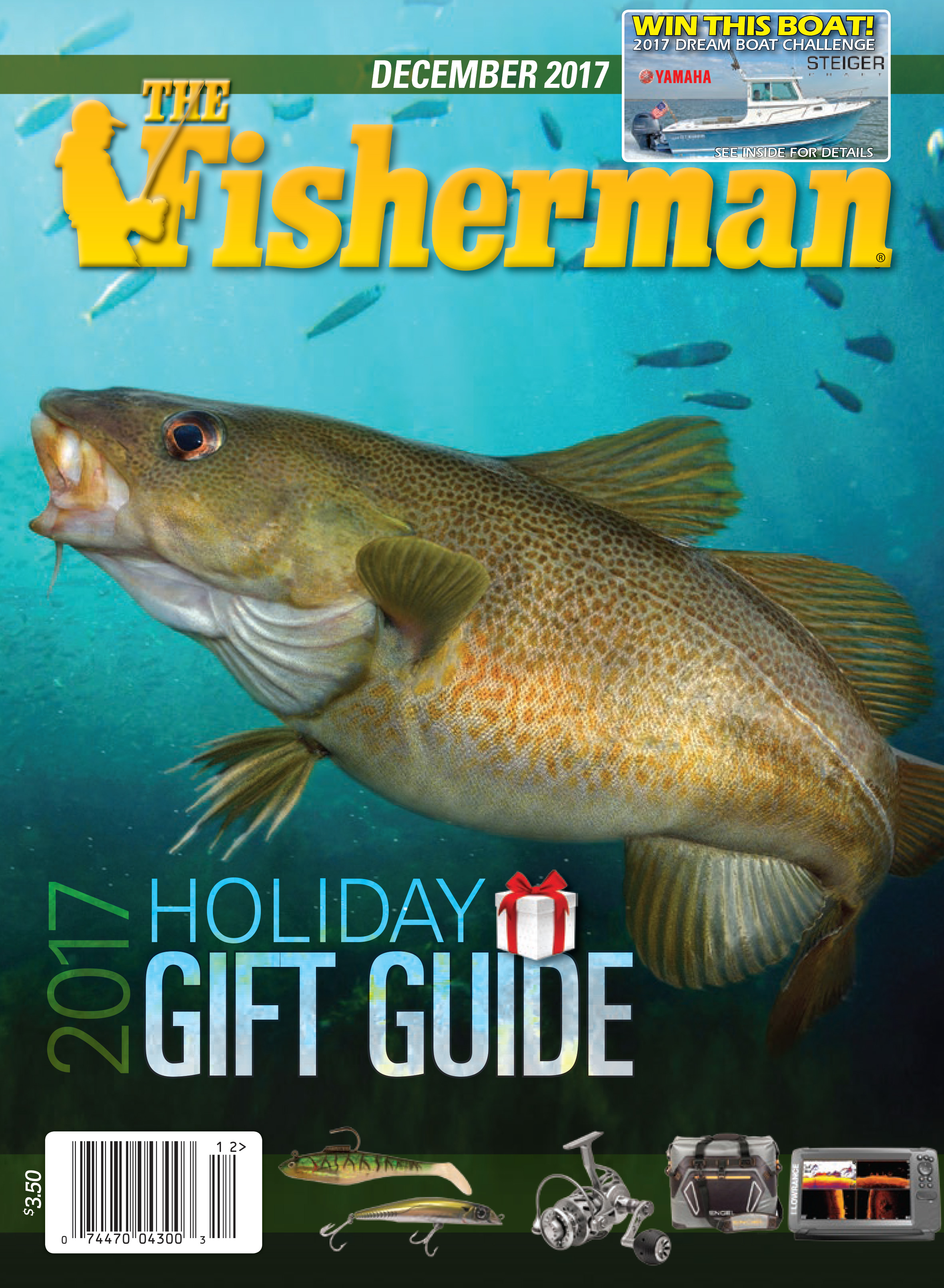