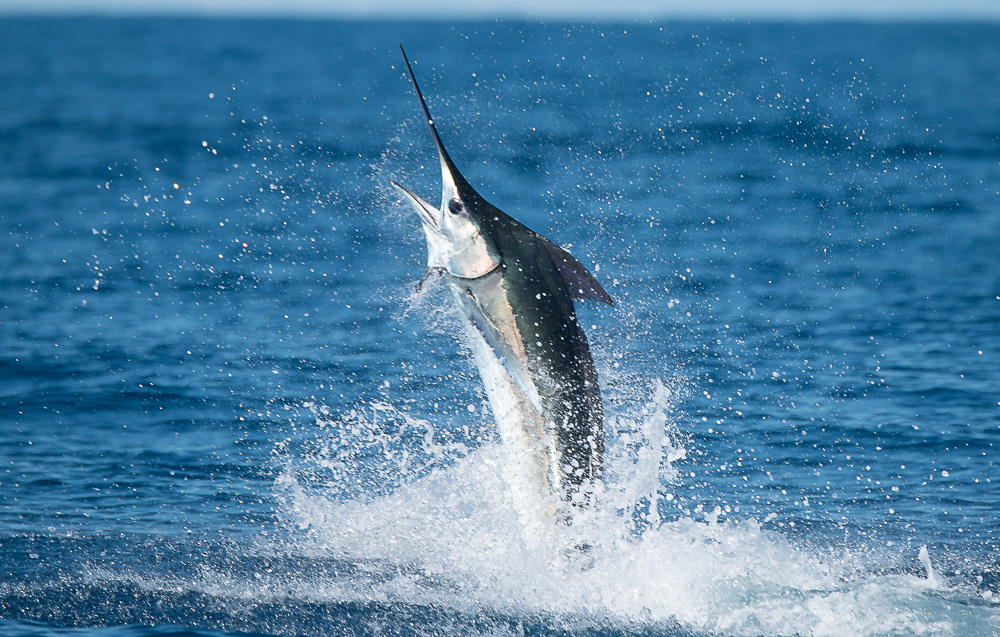 This triple hookup on blue marlin required the skipper to stretch the limits of sanity.

We have all heard some wild fishing tales. Some stories stretch the imagination. In the immortal words of Ed Zern, writer and outdoor philosopher, “Fishermen are born honest—but they get over it.” I also have been guilty of stretching the truth, but not this time. I want to tell you a true mind-boggling fishing adventure.

The bizarre tale starts with Scott Stancyzk, a Florida Keys charter captain. Scott has been guiding fishermen on the Catch 22, a 48-footer, for about 20 years. He was trolling for billfish about 20 miles from Alligator Light, which marks the Keys reef. He had four doctors aboard and his mates Travis and Roman Butters. They were out only a short time when the boat blew a blower shaft, which meant Scott would be running his boat on a single engine all day. Would this be Scott’s lucky or unlucky day? You be the judge.

From the bridge, Scott suddenly saw five or six blue marlin all over his ballyhoo baits. He quickly hooked up two blues and put a doctor on each rod. When Scott saw another marlin still hanging around the boat, he put out another bait and the marlin slammed it as soon as it hit the water. Scott and his crew were now fighting a tripleheader on blue marlin. “I’ve never had a doubleheader on blue marlin, much less a triple,” says Scott. “I wasn’t about to lose these fish.” At one point, according to Scott, all three blue marlin, weighing more than 100 pounds each, were jumping at the same time.

Luckily, the first blue marlin was landed, tagged and released without mishap. But the remaining two marlin were not cooperating. Both fish ran in opposite directions, making it impossible to fight both at the same time. Scott chose one fish and told Travis that when the other marlin ran off all the line on the reel, he was to hook another rod to the reel harness lug and toss the first rod overboard, hoping that the marlin wouldn’t run all the line off the second rod. You guessed it! That’s exactly what the marlin did.

“Hook on another rod,” shouted Scott. Travis followed orders and now there were two trolling outfits trailing behind the marlin. This may be hard to believe, but that marlin also peeled off all the line on that third rod. Scott was still determined to land all fish. “Put on another rod,” he again shouted. Does a mate argue with his skipper? Not a chance! By this time, Scott had become possessed by the challenge and he was going to land all three marlin at all costs. Travis hooked a fourth rod to the marlin that was already trailing three trolling outfits in its wake.

What happened next would test the determination of Ahab. The marlin did what marlin do best: fight with all their strength. The fish ran all the line off the fourth rod. There was no stopping the fish, and Scott had no choice. The crew and fishermen had tagged and released one marlin, were fighting a second marlin and the third marlin was dragging three trolling outfits through the ocean.

Did Scott call it quits? Not a chance. “Hook up a fifth rod,” he shouted to Travis, who obediently hooked up a fifth rod and tossed the fourth rod into the sea. By this time, the doctors probably questioned the sanity, as well as the wealth, of their skipper. All was going well – the doctor eventually landed that second blue marlin and it was tagged and released. But then the fight with the third marlin ended tragically. Now trailing a total of four 30-pound-class Hurricane trolling rods, four Shimano TLD20 reels and more than 1,600 yards of monofilament in its wake, the marlin broke the line. Scott lost all his tackle, valued at nearly $2,000, but what he and his crew really lamented was the loss of that third blue marlin.

Would Captain Stancyzk do it again? Would he risk all that expensive tackle just to catch a fish that he planned to tag and release? “Of course,” said Scott. “A triple header on blue marlin may happen once in a lifetime, if you’re very lucky. You can always buy more tackle.” This story may be tough to swallow, but if you doubt it, you can ask Captain Stancyzk yourself. You can find him at Bud N’ Mary’s Marina in Islamorada, Florida. Just look for the Catch 22. 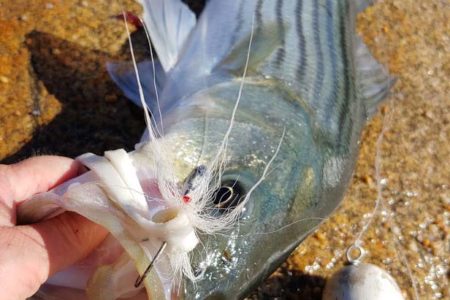 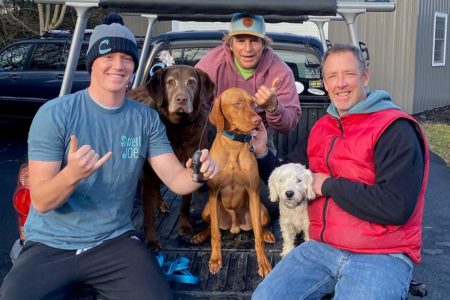