The Division of Marine Fisheries (DMF) is seeking public input on two options to modify the dates of the 2021 recreational black sea bass season in Massachusetts. These alternatives are being proposed in order to open the fishery on a Saturday. The potential opening dates have different consequences for the closing date and overall season length.

All Atlantic coastal states are required to maintain their 2020 regulations for their 2021 recreational black sea bass fisheries with the exception of making minor adjustments to their seasons that are not projected to increase harvest. Massachusetts’ existing season of May 18 through September 8 (for all recreational fishing modes: shore, private vessel, and for-hire vessel) would open on a Tuesday in 2021, whereas a Saturday opening date for this fishery has routinely been adopted when possible. Consequently, DMF has requested and been authorized by the Atlantic States Marine Fisheries Commission (ASMFC) to implement either of two seasons starting on the adjacent Saturday that have been deemed to be “conservationally equivalent” to the existing season. These alternatives take into consideration the different rates of harvest throughout the year, and thus have slight differences in the overall season length in terms of the number of open days. 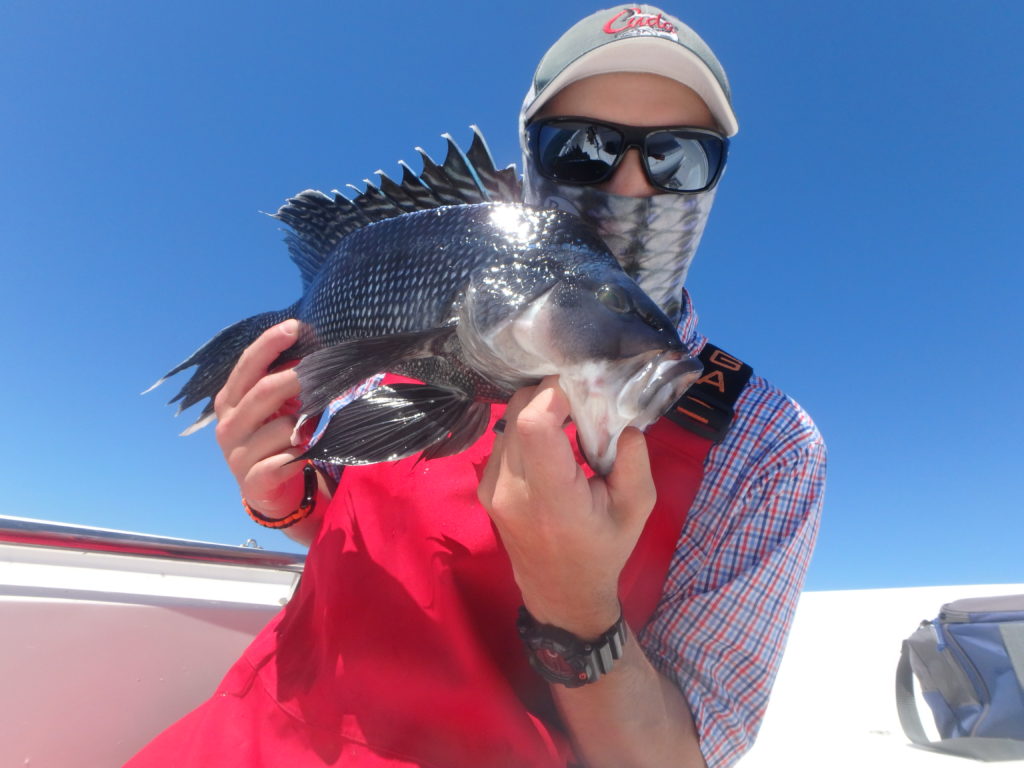 While bag and size limits for black sea bass will not change in 2021 coastwide, season adjustments are being allowed to fine-tune the start and end dates.Both of the possible options would open the season prior to Memorial Day weekend in 2021; however, Option A would result in the season being closed prior to Labor Day weekend. The springtime arrival of black sea bass in Massachusetts is temperature driven, with widespread inshore migration of the stock tending to occur in the 3rd or 4th week of May. Massachusetts is the only state to propose a change this year; other states’ regulations can be found on the ASMFC webpage. One potential benefit to a season that is open longer into September is the collection of additional recreational catch and effort data; our being able to demonstrate a reduction in harvest as effort and availability declines into the fall may help DMF argue for a permanently longer season in the future.

Public input on these two options will be accepted through Friday, February 12. Written comment may be submitted to Director Dan McKiernan by e-mail to marine.fish@mass.gov or by post sent to 251 Causeway Street, Suite 400, Boston, MA 02114. The Marine Fisheries Advisory Commission is expected to make its recommendation to the Director on February 18 for which option (including status quo) to adopt via Emergency Regulation, such that the season can be set as soon as possible. An official public comment period and final rulemaking will occur later in the year.