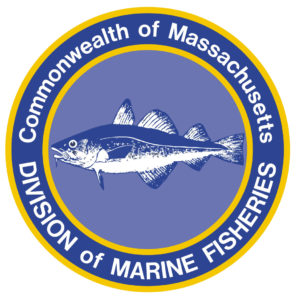 In a somewhat surprising move, the Massachusetts Marine Fisheries Advisory Commission (MFAC) came out of their January 28 meeting with a proposal to add days to the Massachusetts 2021 commercial striped bass rod and reel season in an effort to hopefully fill the annual quota.

The official proposal reads as follows:

Future Rule Making on Commercial Striped Bass Management.
The MFAC reviewed a MF proposal to amend its commercial striped bass management measures for 2021. The proposed measures generally seek to increase access to the commercial quota. The first proposal is to adopt an earlier season start date. DMF has received a petition to open the season in late May and it was the preference of the MFAC’s Commercial Striped Bass Sub-Committee to open the season a week earlier on June 16. The second proposal is to increase the number of fishing days per week. The proposal has the season opening with four consecutive open fishing days (Mondays – Thursday). Then, if the quota is unfilled, then the fishery would go to five consecutive open fishing days (Mondays – Fridays) on September 15 and seven open fishing days per week on October 1. Additionally, DMF will propose a November 15 season closure date if the quota is not taken beforehand. This will allow DMF to more promptly start its annual commercial striped bass tag accounting.

As a matter of background, the Massachusetts commercial rod and reel fishery currently opens on June 24 with a 35-inch minimum length and no upper limit for possession. Anglers are allowed 15 fish for boat and lobster permit holders, and 2 fish for shore-based/other permit holders. The commercial striped bass open fishing days during the season are Monday and Wednesday, only. If an open fishing day falls on the 3rd or 4th of July or the quota remains open on Labor Day, the commercial striped bass fishery will be closed. For the past two seasons the commercial striped bass quota in Massachusetts waters has not been filled. (2020: 735,240-pound quota; 386,750-pound harvested; 52.6%. 2019: 869,813-pound quota, 586,128-pound harvest; 67.4%) In each of those two years, the Division of Marine Fisheries (DMF) has proposed in-season adjustments in an attempt to fill the quota. In 2019 the adjustment was denied, but in 2020 an additional day was added to the weekly open days but the quota still remained unfilled by season’s end. The current proposal by the MFAC was made with the hope of eliminating this in-season adjustment in 2021.

This is where things get sticky.

I can understand the MFAC’s attempt to take proactive steps in order to prevent the need to make adjustments while the season is underway, but, at the time, I pose the following questions: Why isn’t the quota being met each year? Are there not enough fish to be caught? Is effort down? Is reporting down? Are there enough fish to be caught to fill the quota but fishermen do not have enough opportunity to catch them?

Without these answers (and more) I personally cannot support increasing the number of open commercial days as doing so would equate to throwing an unsupported answer at the question. And while this opposition to increasing of commercial fishing days seems to me to be the most popular public stance on the subject so far, I have seen some very misguided outrage in opposition of the proposal. What I mean here is that there is a belief that this action somehow adds to the number of striped bass to be harvested this year. This is somewhat true and somewhat false in that the quota does not change—the total poundage in which the state is allocated for commercial harvest—it simply changes the opportunity for filling said quota. Again, a point which is missed by many as the quota is not being adjusted by the MFAC’s proposal, the quota is set by the Atlantic States Marine Fisheries Commission (ASMFC) and based on historical landings so this does nothing to change this point.

But what of those historical landings? What’s that all about?

According to the ASMFC, historical landings are based on, “…average landings during the 1970s” for the ocean fishery, or more specifically, “100% of the average commercial landings during 1972-1979.” If you know anything about commercial fishing for striped bass back in the 1970s it was a much different profession than it is today. By using this baseline you’re working off numbers of fish harvested some 40-plus years ago in a fishery that was open every day of the week and applying it to today’s biomass and social constraints while restricting the legal fishing days. So many things have changed in those 40-plus years that it doesn’t take a clairvoyant to predict the problems which would arise each year.

So this brings me, finally, to perhaps some sort of a point. The Atlantic striped bass stock is undoubtedly at a lower level than it could/should be—this is supported by both anecdotal and scientific evidence—and there is no justification at this time to increase harvest or commercial quota. However, while we work under the current management plan and its set harvest limits, states are free to implement and manage the commercial quota as they see fit so long as it remains within the parameters set forth by the ASMFC. I urge you to voice your opinion on this proposal with the MFAC (contact info can be found in final paragraph), but I remind you to do so in a calm and intelligent manner with support for your position whenever possible. Avoid the easy way out by filling in someone’s form letter as these generally do not carry the same weight as a unique message. Feel free to ask questions like the ones I noted in regards to the reason behind the failure to meet the quota and any others you can come up with. And above all, keep your comments on track with the subject at hand. This is not the place to fight against commercial fishing or how many fish they’re allowed to harvest annually, that can be taken up with the ASMFC on a different day.

The below YouTube link shows the brief discussion of the proposal at the January 28, 2021 meeting; all 4 minutes and 32 seconds which they devoted to the subject.

If you’d like to weigh in on this or any other subject managed by the MFAC, you may contact Jared Silva at (617) 634-9573 or jared.silva@mass.gov. The complete list of MFAC members includes Raymond W. Kane, Jr. (Chair); Michael Pierdinock (Vice Chair); William Doyle (Clerk); Arthur “Sooky” Sawyer; Kalil Boghdan; Louis Williams; Tim Brady; Bill Amaru and Shelley Edmundson. Additional information can be found online at mass.gov.