Meeting at the ramp in the pre-dawn darkness, Capt. Dave Vollenweider began to explain the day’s game plan to Dr. Richard Shapiro.  The director of oncology surgery for a top New York hospital, Richard and his son Jake were meeting Capt. Dave lakeside at 0 dark 30 in the hunt for one of New Jersey’s apex predators, the mighty muskellunge.

Handing his 7-1/2-foot St. Croix musky rod to Jake, Dave instructed him in the fine art of baitcasting, properly setting the spool control, and drag.  It was a good lesson learned.  Jake’s first cast with a Lee’s Top water H20 lure hit the surface, and almost simultaneously a large column of water rose up behind it.   The lure was suddenly knocked out of the water and sent skittering along the surface.  The unseen leviathan quickly surged, and just as suddenly disappeared from the area, leaving behind a tremendous void in its wake.

“If you think that a 5-pound bass can get you heart pounding as it hits your top water,” Dave mused to a completely enthused Jake, “wait until you meet one of the big blonde monsters!”

Capt. Dave Vollenweider (Live to Fish Guide Service) has introduced many fisherman to the sport of muskellunge or muskie hunting, and on this particular day he started the Shapiros off by casting top waters.  As a freshwater guide, he’s had much success utilizing the Lee’s H20, and had Jake working a steady retrieve.  When Dave spied a blonde flash streaking towards the lure, he had the youngster “figure eight” the lure, which turned out to be the ticket to Jake’s first muskie.

A furious battle ensued as the young musky hunter led his trophy into Vollenweider’s waiting net. Bursting with excitement, they quickly took some photos and the captain demonstrated how to properly release the beauty to fight another day.  After a few high fives, the Shapiros were next instructed in “Bucktail” casting to likely looking structure using a 7-1/2-foot medium/heavy rod and reeling at a steady pace.  After spotting the telltale wake of a following fish, Dave shouted “strike” and Jake was soon hooked up with another muskie, this one, a beast!  “Keep a bend in the rod,” Dave instructed, adding “It’s a good one,” as he worked with Jake to guide the big fish into the landing net.

As the day eventually wound down all three went home happy, albeit a bit tired.

Vollenweider has been chasing muskies for nearly 20 years, and loves casting for these behemoths (tip: 8-1/2- to 9-foot medium/heavy rods are easier to figure eight and will provoke vicious strikes from following muskies).  But like other knowledgeable muskie hunters, he also knows that precision trolling is often the key to catching the really big mommas. Here in the Garden State we have several bodies of water that hold true giants, including Lake Hopatcong, Greenwood Lake, and the Delaware River.  Fish exceeding 48 to 50 inches and topping the 25- to 30-pound mark are caught and released every year.

Sturdy rod holders are also a must, as are Off Shore Tackle Planer Boards (four boards), weights, and Precision Trolling Data (www.precisiontrollingdata.com); I find these are all prerequisites to being able to precisely place your lures into the strike area. Once you have a pretty good idea of where your quarry is located, you can position your lures into the sweet spot.

Early on it’s wise to peruse the shallows.  There are normally two distinct feeding windows, early morning being one.  Search for muskies in shallow water, near quick deep water access. Big fish can come in to shore for a quick meal and disappear, others will hold on the first drop off, awaiting their turn. Try using mid-depth lures, and utilize your Precision Trolling Data info.   Let out the amount of line specified to place your baits just above the depth where fish are holding. Start by trolling at 2-1/2 to 3-1/2 mph and let out required amount of line to get to the targeted depth. Always keep one eye on each rod as you let the next one out, as more than once a marauding muskie has come in and hit immediately, so you need to stay alert.

When fishing with Capt. Dave, he and I work as a team; I count line out, he places an Off Shore Planer board onto the line as I continue releasing another 80 to 100 feet of line. We’ll do this twice on both sides, setting out four baits, and then set up two more flat lines out of the back of the boat, letting out line to get us to the required depth.  Pandemonium typically ensues when we are jerked from our thoughts, as the clicker starts to rip!

Hitting the MARK button on the Hummingbird ensures that this spot is not soon forgotten.   Grabbing the rod and maintaining angle and pressure on the unseen bruiser is key; and always communicate with your partner in the heat of the battle.  “Work your way to the back to me,” Dave will instruct, reminding me to keep a bend in the rod, not horsing the fish while keeping the angle pressure on until it’s time to lead her into the net.

Any hardcore muskie hunter will agree that although casting is a fun, often tiring way of challenging these beasts, trolling will always be the safer bet for a slashing/smashing tussle with these magnificent marauders.   Be sure to have the proper equipment to safely and quickly handle, photograph and release these apex predators.  Try to keep your camera on, have fish handling gloves nearby, use a big net like the Stowmaster model, and have stainless steel, large needle nose pliers, as well as hook cutters ready.

Do not overplay the fish; get it in and released as soon as possible.  Stay with the fish until it swims off, then get all of your rods reset for another encounter. As the sun reaches its apex you will need to probe deeper climes.  Zero out your line counter, let out 50 feet of line, (actually 58 feet if using an 8-foot rod), attach a Cabela’s pinch on weight, then let out the required length of line to reach deeper fish.  Stay alert as the next time you hear the rip, rip, rip, it’s probably going to be the biggest fish of the day. 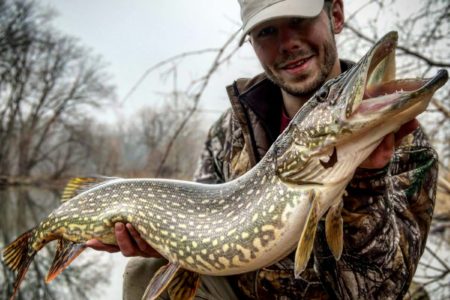 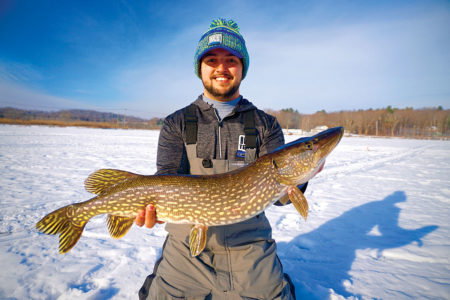 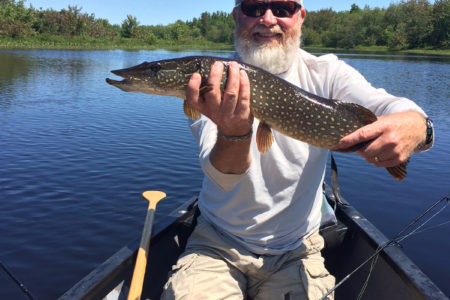