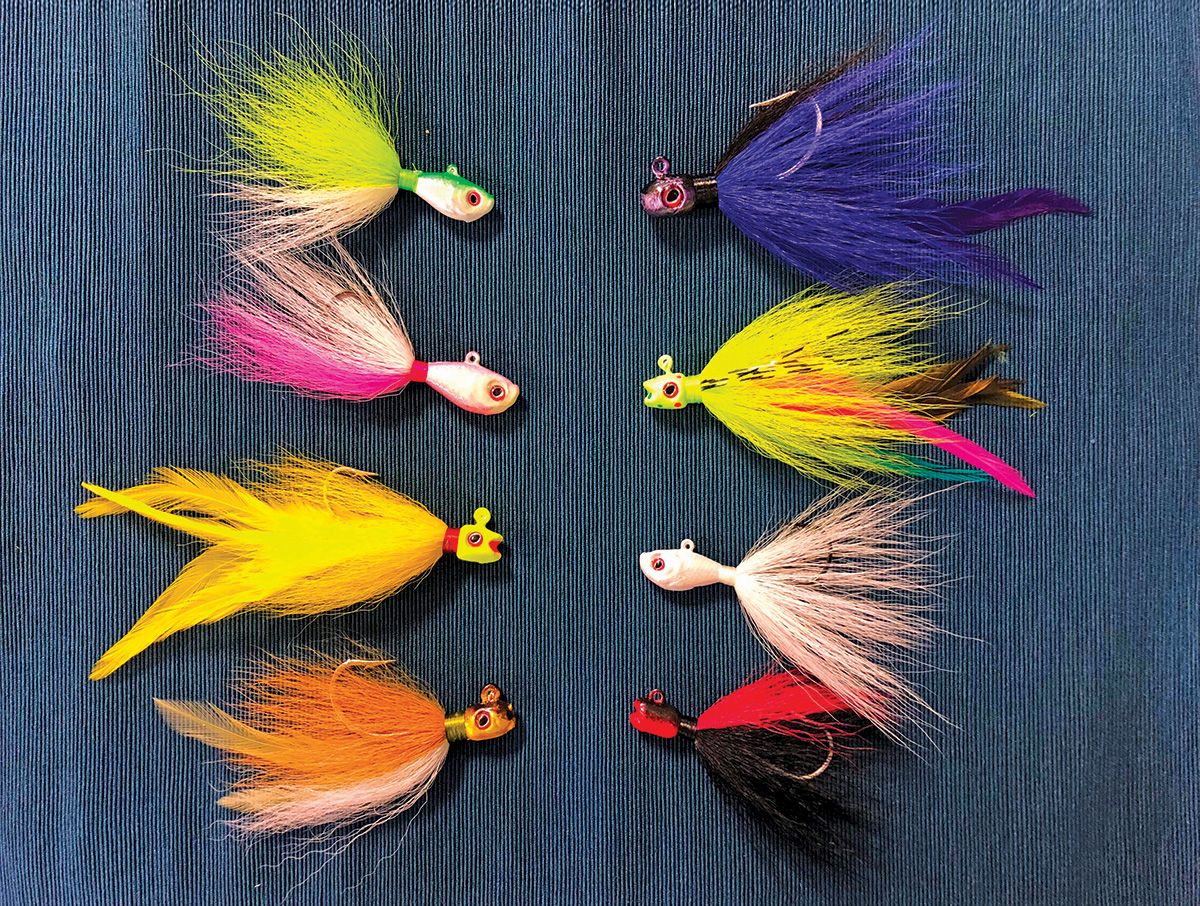 Bucktailing for fluke is now more popular than ever, with new converts added to the sport every year. And those who favor bucktails for summer flounder these days are fortunate to have myriad colors and styles to select from. Pay a visit to any tackle shop and the range of colors on the bucktail rack is likely to rival that of the cosmetics counter at Macys. In contrast, I remember as a kid back in the ‘70s my local tackle shop rarely sold anything but plain white Smilin’ Bills. While it’s great to have such variety to choose from these days, figuring out exactly which colors to pick can be a bit of a head scratcher. Here I’ll explore why certain colors may work better than others, and attempt to breakdown and simplify the process of selecting the best colors to use on a given day. Let’s start by taking a look at how a fluke may perceive their environment and detect prey.

The Eyes Have It

Fluke are ambush predators. They lie partially buried in the bottom substrate waiting for their prey to swim within striking range, at which point they dart out and grab their meal. One of the few scientific studies to examine the visual capabilities of fluke found that they are especially adept at detecting motion, but lack the ability to define objects with fine PPI(pixels per inch) resolution. The size, shape, and motion of an object all seem to play a role when it comes to triggering a fluke to strike, however, color also plays a role in getting a fluke to initially notice and show interest in your offering. Certainly, there are days when fluke will bite no matter what color you throw at them, however, the days when they show a clear preference for a particular color are common enough that it is a factor that should not be ignored.

Your goal first and foremost is to attract the fluke’s attention. I’ve shot quite a bit of underwater video of how fluke approach a bait, and have seen many instances when fluke will notice a bait from quite a distance away, often well out of range of the camera, so my first choice is usually a selection that is highly visible to try and draw the fluke in from the widest possible radius. If you’re heading out on the water with no advance knowledge of conditions or what type of bait the fluke might be chasing, then white is always a good color to start with. White is highly visible under a wide range of conditions. Further, many of the prey animals that form a large part of a fluke’s diet, such as baitfish, crabs, and squid, are at least partially white. Finally, if you want to change your presentation, you can always keep your white bucktail on and add a colored teaser or Berkley Gulp!. For example, a green teaser added to a white jig makes an excellent representation of a sandeel.

Your next consideration should be to try and determine what the fluke are feeding on so you can match your lure color to the available forage. The fishing reports section in this magazine is often the first place I look, as many tackle shop and party boats will include in their report what kind of bait the fish have been keyed into in a particular area. Once out on the water, be alert to signs of baitfish in the water. Sandeels and peanut bunker for example, are often visible on the surface. Learning the distinct sonar signatures of different baitfish is also a helpful skill to develop. Certainly, the best clue of all comes from catching a fluke and having it spit out part of its last meal.  Make sure your tackle box includes some colors that match a variety of local forage species. As previously mentioned, green is a good color choice when the fish are feeding on sandeels, or spearing, while orange or brown works well if shrimp or crabs are on the menu. I’ve also found that a white and pink combo produces well in the spring when squid are prevalent.

Matching the hatch is not the only consideration one can use for choosing the right color for fluke. Even if you know the fish are keyed in to a specific type of prey, it doesn’t mean that other colors won’t work.  In fact, if the bait is thick, using a starkly different color presentation can help your lure to stand out from the crowd. This may help to explain the success of using such colors as hot pink and chartreuse, two colors fluke would never otherwise encounter in nature. Bright colors are also good choices on days when the water clarity is poor. In fact, the aforementioned study found that a fluke’s eyes are most sensitive to the green portion of the color spectrum, so rack up another vote for chartreuse.

Finally, don’t be afraid to experiment. If you’re out drifting around without seeing much action, the fish may in fact be there, and sometimes changing up the color can also change your luck. When fishing with other anglers, especially on party boats, pay attention to what’s going on around you. If someone is catching well with a particular color, it almost goes without saying that that’s the one you should switch to. Conversely, few anglers seem to consider the opposite scenario, that if the bite is slow and few fish are coming up, it’s worth trying something that nobody else is using. Remember, those fluke are seeing dozens of baits passing them by when the party boat looms above. Offering something different can make your presentation stand out from the crowd and might just trigger a bite from a jaded doormat that thinks it’s seen everything.

Every fluke angler lives for those days when the fish will bite whatever you throw at them. More commonly though, the fish aren’t so easily duped. That’s when it pays off to have a selection of bucktail colors on hand, and the knowledge to make the correct choice for the conditions you are fishing. Color may not be the single most important choice to make with regards to bucktailing for fluke, but choosing correctly can make the difference between a decent day and a great one. 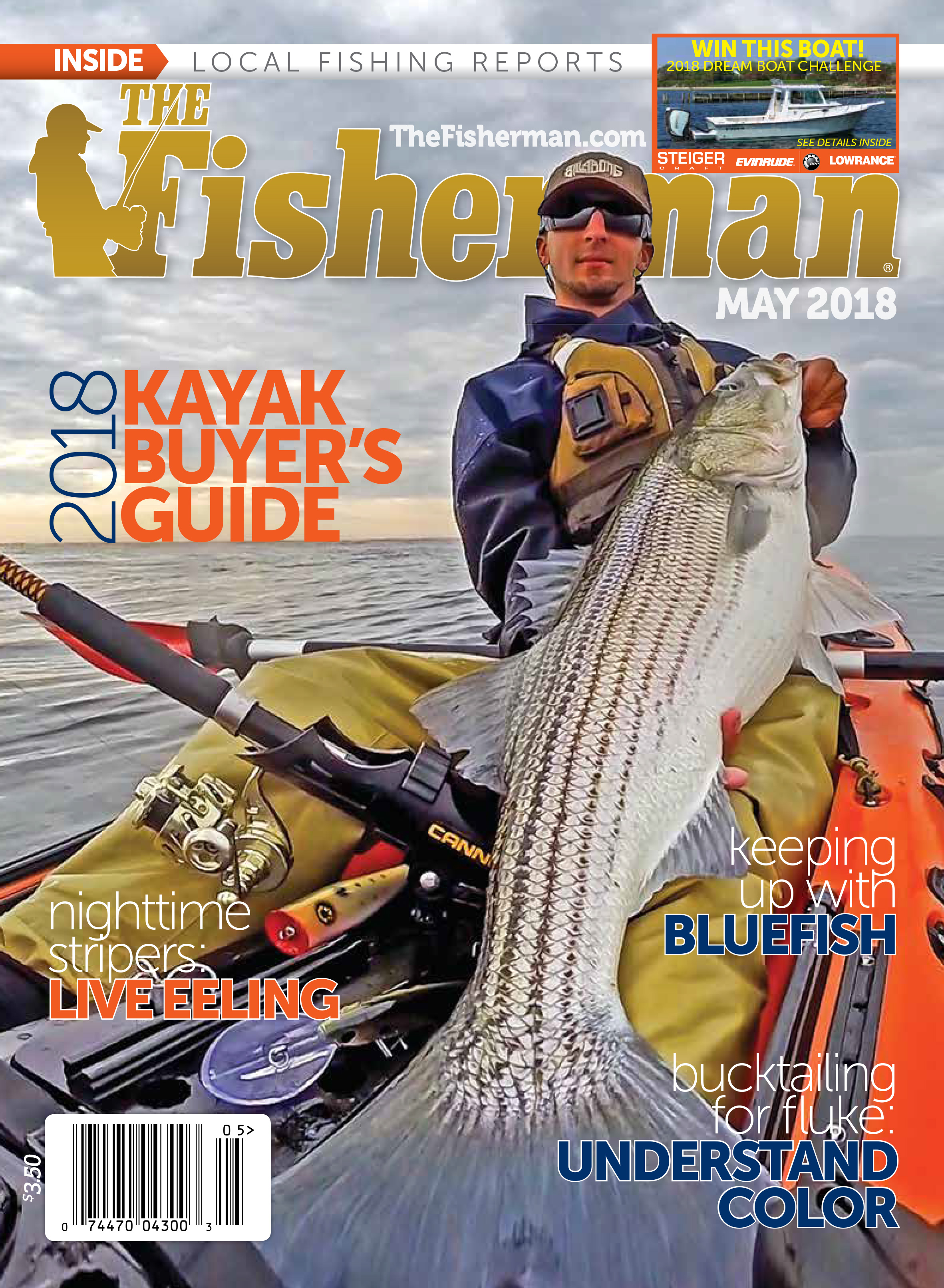