I’ve talked to a number of few folks who believe 2020 was one of the better fluke seasons in recent memory.  Must be due to COVID, right?   Don’t laugh!

The Marine Fisheries Administration (MFA) arm of the New Jersey Division of Fish & Wildlife recently met to address concerns surrounding the underutilization of the current 2020 commercial summer flounder quota.  According to an MFA report, the commercial fluke quota for the year has not yet been met due to the poor market climate and overall lack of seafood demand.

“Currently, NJ is holding a balance of nearly 1 million pounds of fish that will go unharvested,” the report stated, adding “To address these concerns, trip limits were raised from 3,000 pounds a week to 5,000 pounds a week for the September/October period in an attempt to harvest a portion of the remaining balance before December 31.”

In terms of fluke quota, remember that commercials get 60% of the total harvest, the recreational sector gets the other 40%.  Since every single pound of fluke brought in by draggers is theoretically recorded at the dock (I say theoretically because there are instances of unreported catches) the commercial quota is monitored in real time.  Thus, this past August, government statisticians recognized that the commercial quota was coming up a million pounds short, allowing for additional days of commercial dragging.

Our 40% of the take in a given year is not managed by pound-for-pound monitoring, but through sample surveys known as the Marine Recreational Information Program, or MRIP.  Based on MRIP effort and participation surveys, managers develop a system of season, size and bag limits aimed at keeping our harvest under quota.  In other words, every 15-inch fluke caught by a commercial boat is tabulated at the dock as poundage; if recreational anglers had a 15-inch minimum size limit, MRIP surveys would show much greater harvest which statistically would force us to fish fewer days; in other words, a much shorter season.

According to the MFA report, it would appear there were a lot more fluke swimming around our local waters this summer due to reduced commercial demand during the COVID crisis.  How that will affect the final MRIP numbers once NOAA Fisheries staffers are done crunching their catch per unit effort (CPUE) statistics is anyone’s guess, but the results could be staggering.

NOAA Fisheries had previously determined that a 121-day summer flounder season in New Jersey and three fish bag limit at 18-inch size (with a couple of variables thrown in at Island Beach State Park and the Delaware Bay) would keep our recreational harvest numbers under the allowable threshold, which is all based on all of their past survey data. However, because there were more keepers on the grounds in 2020 due to reduced commercial presence thanks to restaurant closures, did we in fact have more success overall?

When you consider all the new entries into recreational fishing due to the pandemic, it actually scares me.  The rigidity of the federal fisheries law and highly suspect accountability of government to adhere to proper statistical standards in its survey administration (more on this in the coming weeks and months) doesn’t allow for participation growth or an increase in success rate. To be perfectly honest, it’s a system designed to fail us every time things seem to turn our way.

Did COVID give us better fishing in 2020?  How about that Triple Wrecks bite, you think the lack of commercial harvest off the Outer Banks this spring maybe left more fish swimming up our way this summer?  This neck gaiter I’ve been wearing may help stop the spread of COVID, but it’s not going to help guard against the kick in the teeth we could get when NOAA finishes counting survey responses. 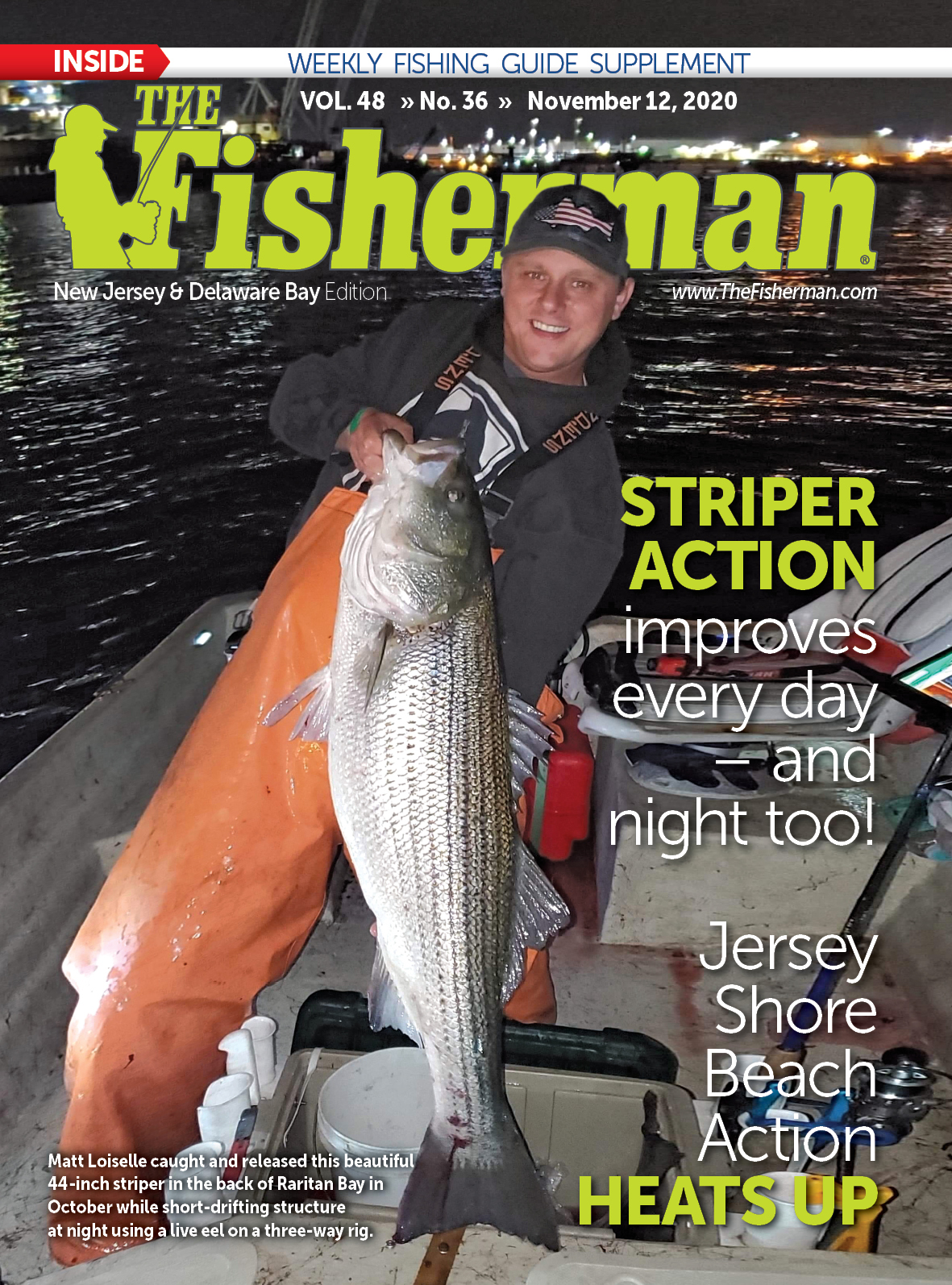