Eels have always fascinated me from the time I made the big move from fishing with my bamboo pole and worms for stunted sunfish in Cammen’s Pond at Merrick, Long Island across to the salt marshes on the other side where the same equipment got me into what was big game fishing at that time – eels and toadfish. I had read that all freshwater eels traveled to the Sargasso Sea to spawn and could hardly imagine how such small fish were capable of such a journey. Little did I realize at that time those fish that I was so proud of were going to be mere bait for larger conquests in the future.

How many times have I seen big striped bass blast a large live bunker out of the water only to then ignore it and force me to get a fresh live bait for them to play with? It is not like that with eels.  This striper candy is gulped down without hesitation.

Chuck Many likes nothing better than catching and releasing big bass, which he has done with his Tyman from Highlands in his native New York/New Jersey Bight waters east to Block Island and south to Chesapeake Bay and North Carolina.  And it’s exactly what Chuck was planning on when he invited me for my 85th birthday trip aboard Tyman on June 1 last year.

Birthday For The Ages

Tyman regulars, Capt. Lou Grazioso and Dave Glassberg, were along to watch this old man wear himself out on the monsters that Many was sure we would catch as he had been doing very well fishing down the beach from Sandy Hook.  As we headed south from the tip of the Hook, bunker schools kept popping up which would normally attract our attention – but in this case Many didn’t even take a look at them.  Results with the bunker hadn’t been that good lately and he was anxious to get right down to rough bottom areas where he was catching big bass for a couple of weeks. Once we got down to his first stop, there was a lot of work to be done putting out about 10 rods – each with a planer board and a live eel on a circle hook which were placed at depths from just above bottom to just under the surface and then slow trolled.

It didn’t take long for something to happen, but I wasn’t sure where it was.  I heard a reel screaming, but didn’t see any rods bent over before I realized it was right above my head.  That first fish felt like a good one, but all of the sudden it was gone.  We found that the 20-pound leader had been cut on some structure. Chuck likes fishing then lighter leaders – they work and he will put up with losing the occasional fish that may get into something which will cut him off.

Our fortunes changed soon after that when the second fish was hooked and everything went as planned before a 39-pounder was brought boat side. Many has been heavily involved with Gray FishTag Research as both a sponsor and producing fish for others to tag.  Before the fish was brought on board, a Gray tagging mat was placed on the deck so the fish could be measured in length and girth plus weighed and tagged with a streamer tag prior to a quick release.

Back to slow trolling live eels; it didn’t take very long before there was another bite.  This was even larger at 46 pounds. When the boat traffic picked up a little in the area, we made a move north to another piece of bottom.  We were successful again with a 36-pounder before luck really turned in our favor as the next fish was a 51-pounder – the 16th “50” of my career.  Most of those were caught on my boats, but this was my second with Many as I caught another “50” with him several years ago in the Chesapeake winter fishery.

We finished up with a 34-pounder before heading in early from a successful but not exceptional trip as far as Many was concerned.  He had been catching many similar bass on previous trips, including one or two “50”s.  The boat ended up catching 11 “50’s” during the summer; certainly, no one should complain about the action we saw during a day when reports from those working the bunker schools weren’t very good.

One For The Wall

Though ocean dwelling stripers aren’t likely to encounter an eel except for that early fall eel migration, migratory stripers that drop off into estuaries and rivers along the way north can surely come in contact with eels on the inside – though I expect that they are a lot harder to catch in those areas where they can slither into protected spaces.  Yet the attraction is just as great as I learned many years earlier when I was fishing with Jimmy Andrews in Pleasant Bay on Cape Cod.  Jimmy was the outboard mechanic at Goose Hummock Shop in Orleans, but he spent most nights on Pleasant Bay fishing stripers with live eels for the market.  I was fortunate to get an invitation to help “fill the box” and was treated to what was by far the greatest striped bass fishing at the time in the early 1960s.

Jimmy’s technique was to anchor his 16-foot Starcraft on the edge of a sandbar and then using conventional tackle to cast live eels upcurrent before letting them tumble back until they were well behind the boat.  The hits would come before the eel straightened out behind the boat at which point it would be forced to the surface.  Yet, I always reeled the line back slowly just in case a bass may be following.

One very unproductive night in July of 1966, that paid off as even though half asleep I spotted a shape behind my eel just as I was about to lift it out of the water and instinctively pushed the button on my saltwater Ambassadeur to go into freespooling the eel which was immediately picked up by the bass.  I had quite a time trying to work that fish back against the strong current, but eventually got it over towards Jimmy who lipped it and said “There’s your one for the wall.”

The next morning at the Goose Hummock Shop, I found it wasn’t the 50-pounder that I was working so hard for ever since starting to fish on Cape Cod, but actually 61 pounds — and stood up to win the coastal R.J. Schaffer Brewing Company contest as the largest bass from a boat that year.

Migratory, But Not Anadromous

Anglers are familiar with anadromous species such as striped bass, shad, river herring and salmon which live in saltwater, but spawn in freshwater rivers. On the other hand, eels are catadromous, living in fresh or brackish waters before migrating to saltwater for spawning. Both American and European freshwater eels migrate to the Sargasso Sea to spawn and die.

The great minds of the past made amazing discoveries about the universe, but were mystified by the eel. I suppose we can give Aristotle a pass on not being able to figure out that a relatively small bottom feeder could swim far out in the ocean while developing reproductive organs with which to maintain the population.

Though eels were a popular food fish, no reproductive organs were found in them, and there was no sign of them in plankton trawls. A leaf-like creature was considered to be a new species, but Maurice Burton noted in his Under the Sea (Franklin Watts, NY 1960) that when placed in an aquarium by scientists in 1896 “in due course and to everyone’s surprise turned into elvers, or young eels.”

Now that they knew what they were looking for, scientists were able establish a virtual path in the ocean by finding ever smaller “leafs” that pointed right to the Sargasso Sea even without being able to catch the spawners there.

Despite the formidable reproductive task imposed by nature, eels remained abundant in American waters until Asian stocks were depleted by great demand for them which led to exploitation of elvers throughout the world. Millions of dollars were made by covering every constriction in streams before the Atlantic States Marine Fisheries Commission (ASMFC) and some states took action to prevent the American eel from being wiped out by greed – but that’s a continuing story. 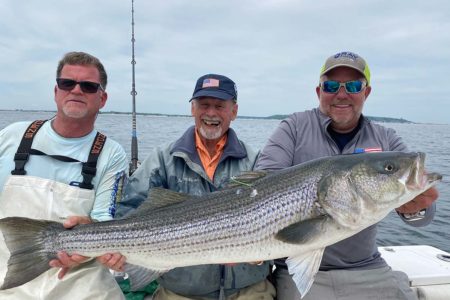