Late fall is prime time for a host of species in the fish-rich waters surrounding Block Island.

By now most boats docked at any number of town or private marinas are out of the water and being prepared for winterization. Fortunately, around the same time the shrink wrap is being applied, some great bottom fishing continues off of the East End, especially in the waters that surround Block Island where some of the season’s largest sea bass and porgies loom. In addition, market cod, bluefish, red hake and even some weakfish often join the fray. Should that sound appealing, several party and charter boats from the East End will venture to this piece of paradise until the season closes on December 31, which will help anglers ward off some of those winter blues. Therefore, before heading out, here are a few suggestions that will have you at the rail bailing some quality oven stuffers for the holidays.

Roughly 15 miles from the jetties of Montauk Harbor, head east and you’ll run smack into Block Island, where countless boulders and rocky bottom surround the pork chop shaped island. Hotspots such as “The Highway,” The Apple Tree,” East Grounds, West Grounds, Southwest Ledge and Coxes Ledge are just a few of the productive locations  that have surrendered their share of quality groundfish each season. Fishing is often done in water ranging between 80 and 195 feet. During December, the bulk of the fishing is done between 120 and 145 feet of water. Tides can be extreme at times with strong currents, especially during the new and full moon periods. That said, it would be best to leave the navigating to the professional captains of the East End party and open boat fleet.  These pros are at it just about every day and know the ins and outs of where to fish at a stage of tide to ensure that patrons fish in conditions that suit all onboard, whether you’re a novice or a sharpie. If you are considering trailering any boat under 26-foot out of Montauk Harbor, you might want to reconsider as this is big water and it can turn treacherous in a hurry. Even if the day promises mild temperatures and calm seas, most will agree that jumping aboard a party or charter boat in November and December makes sense more times than not at this time of the year.

As for tackle, a 6- to 7-foot graphite rod equipped with a conventional reel in the 3/0 class filled with 30-pound braid will handle any conditions you find around Block.

These outfits are well suited for the rock strewn bottom and the size of the sinkers required to hold bottom here. Except for a full or new moon, current is often not a problem. Normally 6- to 10-ounce sinkers will hold bottom with as much as 20 ounces possible during the new and full moon phases. When using braid, make sure you use an 8- to 10-foot shock leader of 40-pound fluorocarbon, which should be tied to the main line via an Albright Knot.

Rigs are normally standard hi-lows consisting of snelled J or bait holder hooks tied above the sinker. If you favor little gizmos such as tubes, beads, plastic twister tails or plastic skirts, they are best applied above the hook. Colors and styles vary, depending on preference, however, 2-inch red and pink twister tails have been a hot attractant the last couple of years. My preference is to keep to a simple rig that consists of super sharp 2/0 Gamakatsu octopus hooks set 3 feet and a foot above the sinker via a pair of loop knots. This allows the bait to lay in a natural manner with minimal twisting of the line. When using this style rig, please keep in mind to keep the bait on the smaller side, which will greatly assist in detecting even the lightest taps.

Clam Is The Plan

The standard bait supplied for the bottom dwellers is cut up skimmer clam. The clams do work their magic for just about anything that swims under the boat. And while the boats will do their best to supply the freshest clams possible, sometimes due to unforeseen circumstances, salted clams are the only bait available. Truth be told, the salted stuff will work fine when the bite is on fire, however, when the bottom dwellers put the finicky act on and there are times when the bite is tough, they will often snuff the tough textured salty stuff. Therefore, before heading out, give the captain a ring and ask if the clams are fresh or salted. Better to be forewarned than disappointed. Most tackle shops stay open until the New Year and some will carry fresh, while most will carry frozen unsalted clams, which will be just fine.  You may want to consider picking up a couple of containers since at this time of year they are sold pre-shucked.

Whatever clams you’ll be using, I strongly suggest cutting the clams in small strips with both the tongue and belly. Apply the tougher tongue portion onto the hook and allow the gooey belly to dangle freely. The belly is the enticer and without a doubt, it will out produce just the tongue of the clam 50 to 1. Any bait that may be sitting in your freezer that is recently left over from fluke season such as squid or fish belly strips will get the attention of jumbo sea bass and porgies. Stay away from the thawed out local spearing or peanut bunker as they get mushy and fall off the hook before any sea bass has a chance to slam it.

Many lures have come and gone over the years. Some are long forgotten, while some have stood the test of time and are as popular today as 50 years ago. Modifications and advanced innovations have balanced and cosmetically refined these lures to clonelike status. Some have unique features that may deviate from the norm, yet still grab the attention and curiosity of any predator, especially jumbo sea bass and scup. One of the more common and widely used with incredible results is the diamond jig. When conditions permit, such as a slow drift, 2- to 6-ounce AVAs jigged along the bottom produce well and are cost effective should one or two succumb to the rocky bottom.

If your pocketbook allows, the Marathon Diamond Jig by Bimini Bay Outfitters has a sleek aqua-dynamic design with durable triple chrome plating that results in a long-lasting, bright silver finish and are also available with a holographic finish. Top quality Mustad hooks round out the jigs, which range from 2 and 8 ounces.

If you want some shake, rattle and roll included in your arsenal, then consider the Raging Rattler bucktail from S & S Bucktails. The Raging Rattler has a full glow head and skirt, as well as an internal rattle. Curiosity often gets the best of sea bass and the rattle draws their attention. Also in the S & S line are the Octopi and Flutter Jigs that are popular with those who take jigging sea bass seriously.

If there is a Rolls Royce of jigs, that title belongs to Shimano’s Lucanus Jig. It has become the go-to jig for hardcore sea bass anglers throughout the Northeast and Mid-Atlantic regions. The Lucanus Jig has an aerodynamic head design that lets it sink quickly to the bottom and stabilizes the jig when it is retrieved. It also employs a multiple hook system to provide a higher hook-up ratio, along with a durable silicon skirt that wobbles and vibrates during the retrieve.

Shimano’s lineup also includes Butterfly “Flat-Side” Jigs, which have been innovatively designed to perform the best action while vertical jigging from a drifting boat. The rear/center weight balance design lets the Shimano Flat-Side Jigs fall to the bottom quickly with a swinging motion. The off-set eyeball position allows for the use of two different hooks for an overall better hook-up ratio. Both lures come in a variety of colors and sizes to 7 ounces. These jigs are specifically designed for deep water fishing on rocks, reefs and wrecks.  They have proved time and again their effectiveness on jumbo sea bass and giant porgies, including many pool winning fish.

First and foremost, dress warm. Be sure to dress in thin layers as you can always remove or add on as needed. Make sure to have foul weather gear, insulated boots, gloves, wool hat, sunblock, and prescription eyeglasses. Anglers who don’t come properly dressed usually end up inside the cabin trying to stay warm, while the well-dressed gang makes the most of the fishing. If you are prone to motion sickness, you may want to take something to help with that before sailing. Otherwise, once you start getting sick, you’re pretty much out of luck. Lastly don’t forget your lunchbox and plenty of water, and your favorite soft drinks.

Mates earn most of their pay from gratuities, and the better the service, the better the tip. Keep in mind that throughout the day, mates are there to instruct novices and kids in the fundamentals, remove tangles, net and unhook, measure and keep your catch fresh, filleted and bagged. The mates keep your bait pails replenished and the deck washed down, so no one slips and slides on fish slime. A fair starting point would be 20 percent of the cost of the fare per person. Of course, you can slide the scale either way should you find exceptional or poor service. It is also customary for winners of the boat pool to give an additional 20 percent of the pot. It is relevant to mention that most party boats that fish for porgies and sea bass do charge a fee for fish cleaning. I strongly suggest checking with the captain before heading out so there are no hidden costs. Remember the next time you head for the party boats that your day would not be possible without the mates. Therefore, whether the fish are biting or not, should not be reflective of the tip. 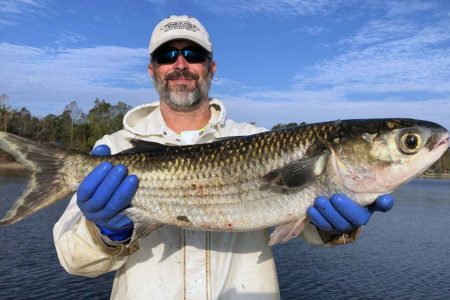 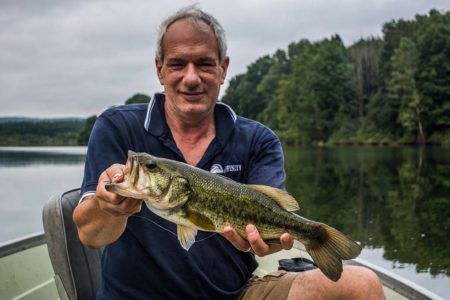