Human movements changed dramatically this spring, as much as anyone alive has seen before. The movements of diadromous or sea-run fish, as far as we know, continued on their ancient pathways from the ocean and up coastal rivers. We never know quite what to expect from each spring’s run of diadromous fish. For the staff at DMF that works with these fish, this spring was unprecedented with COVID-19 disrupting our routine to assess and assist these fish runs. The challenges of this particular spring were set against a backdrop of a shifting natural landscape influenced by the warming climate.

It was a winter without pond ice or snow cover for most of coastal Massachusetts. With January and February experiencing warm temperatures that exceeded some historic records, diadromous fish were expected early this year. Some rivers had early arrivals of river herring, but the numbers were low, and it was not widespread. Then April set records for low daily high temperatures in the region, which delayed some runs for several diadromous fish species. In particular, juvenile American eels (also called glass eels) were several weeks late at most monitoring stations. While arriving early to tidal areas in coastal rivers with the warm winter, they seemed to hunker down instead of moving further upstream with the cold nights in April.

River herring were following up on some of the largest spawning runs in 20 years in 2019. This year’s spawning run counts have not yet been finalized, although overall, it is looking like 2020 will pull back from the high counts of last year. Exceptions were seen at the Nemasket River in Middleborough/Lakeville and Town Brook in Plymouth, where fish kept coming throughout April when other sites seemed to pause with the cool weather. Several small watershed runs will have very low numbers in 2020, a concerning trend in recent years where larger runs are improving yet small runs in some regions are staying at low levels. Low counts are expected in 2020 for much of Buzzards Bay and the North Shore. A few runs are experiencing late-season surges such as the Herring River in Harwich that had 60,000 fish during the last weekend of May to bring that run’s total close to 900,000 fish. This surge coincided with late May warming that brought near record high daily temperatures in some locations.

Given the restrictions of the pandemic, Diadromous Fisheries Project field work this spring was focused on completing primary responsibilities that could be completed solo: fish passage maintenance and keeping up the ongoing monitoring series for river herring, American shad, American eel, and rainbow smelt. All river herring stocking events were cancelled except a single trip made to the Three Mile River at Dighton to complement the new fishway at the Draka Dam. With reduced desk and shop time, we made many site visits to inspect the status of fish passage at fishways and stream channels. We increased stream maintenance activities this spring with 10 sites receiving labor and an emphasis on working with local partners at the following three watersheds with significant channel debris and overgrowth: Jones River, Kingston; Fore River, Braintree; and the Acushnet River, Acushnet. At several locations, we removed jams caused by tree falls, natural debris, and even an anthropogenic dam (kids being kids) that were impassible to migrating fish and causing the river’s flow to leave the channel and overtop river banks.

A few more formal jobs were completed this spring by the DMF Fishway Crew. Two new river herring video counter systems were fabricated this spring for the South River, Marshfield, and Lagoon Pond, Tisbury. The South River video system was installed in early May. Two fishways that were recently constructed by the Fishway Crew at Bourne Pond, Falmouth, and Pilgrim Lake, Orleans, were outfitted with new 6” weir notches this spring. These upgrades came after monitoring fish passage performance and pond level staff gauges to tune weir dimensions for the site conditions. A new eel ramp was fabricated and installed at the Forge Pond Dam in Kingston. The custom, aluminum-welded ramp and collection tank was installed in April and has allowed the passage of about 2,000 eels (as of early June) on their way from the Jones River to Silver Lake.

This year was far from average, although it was a year to reconsider what we think of as average. Our crew did a decent job given the circumstances, and through it all, the fish came on their own schedule. 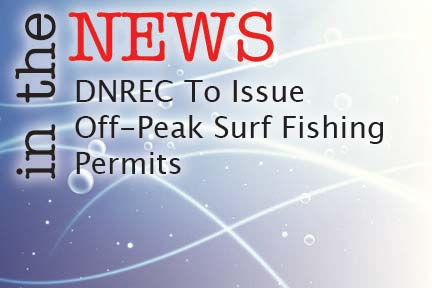 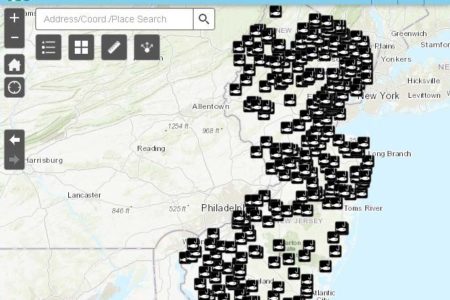 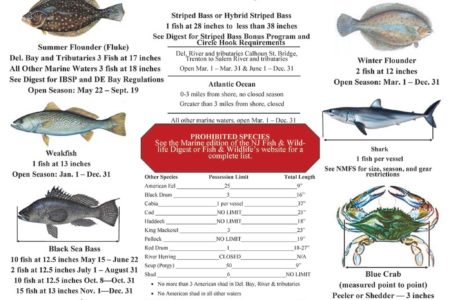