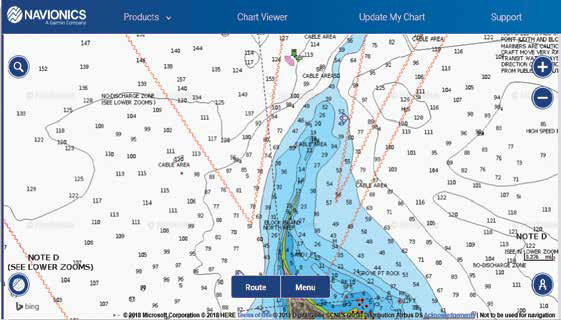 Like a big bull’s-eye, Block Island sits smack in the middle of the Northeast’s striped bass and bluefish migration pattern. As water temperature reaches 50 degrees each spring, massive waves of bass and blues round Montauk Point, NY and dump into Block Island Sound. Throughout the season, one of the best spots in southern New England to tangle with big bass and schools of bluefish is in Block Island’s famous North Rip.

Before the last glacier melted 18,000 years ago and raised sea levels a couple hundred feet, a 12-mile-long tombolo (a sand or gravel bar joining an island to the mainland) connected Block Island to Rhode Island. Part of the remnant of that tombolo is the northern tip of tear-drop-shaped Block Island where it vanishes into the clear waters of Block Island Sound and becomes the bar beneath North Rip.

Composed of clay and gravel covered by mussel beds, the bar has unusual stability during coastal storms, and therefore unlike sand shoals, it stays consistent. These waters are rich with predator forage. The predominate baitfish are sand eels, which are joined by squid, herring and even Atlantic mackerel in the spring and fall.

The rip-creating geology of this nearly 1-1/2-nm long subsurface spit begins at Block’s Sandy Point and tracks northeast into 120 feet of water. With tidal currents approaching 4 knots on moon tides, the bar can be a tricky place to fish. But once you learn its waters you’re almost guaranteed bass, blues and even an occasional tiderunner weakfish.

The primary reason for choosing Block Island’s North Rip over other areas is simple: It continuously offers anglers bass action—not just during daylight hours or tidal changes but during darkness as well. A unique feature of North Rip is the absence of interfering lobster-trap gear, which makes trolling and night bassing comparatively worry-free.

Top tactics for North Rip include drifting live eels on three-way rigs, diamond jigging and trolling wire line with parachute jigs. Because North Rip runs offshore, the filling and flushing of Long Island Sound influences its currents, so use “The Race” (eastern tidal entrance of Long Island Sound) section in Eldridge Tide & Pilot Book. Keep an eye on the marine forecast, as a strong current flowing against the wind creates rough and sometimes dangerous whitewater conditions along the rip line. North Rip can also create or hold fog banks due to its cooler surface water temps caused by tidal upwelling.

Time your fishing for early or late in the tide when striped bass stage in this bait-rich feeding area, which is often evidenced by working birds. Great spin- and fly-casting action occurs in the shallow zones, while unmatched trolling and jigging action occurs in the deeper regions. Because an hour’s tide-lag develops along the rip’s length, numerous strategy opportunities occur.

For daytime trolling, use chartreuse parachute jigs or umbrella frames sporting small teasers and tubes fished by stemming into the current on the up-tide side of the rip at about 2-1/2 knots. Don’t slide down-tide to the rip line, as you risk spooking any fish staging there. And replacing hard-to-handle wire line with measured and marked braided line will greatly improve your success. After dark, try switching to trolling with swimming plugs like Luhr-Jensen’s J-plug in silver size-5. But be sure to replace the double treble with a single hook if you’re releasing your catch.

Diamond jigging is another go-to method here, using jigs of sufficient weight to keep your braided line reasonably vertical. Start well up-tide of the rip line, throw the motor into neutral and free-spool your jig to the bottom. Take eight to 10 rapid turns up and repeat as you drift back towards the rip line, and hang on for the hits to come!