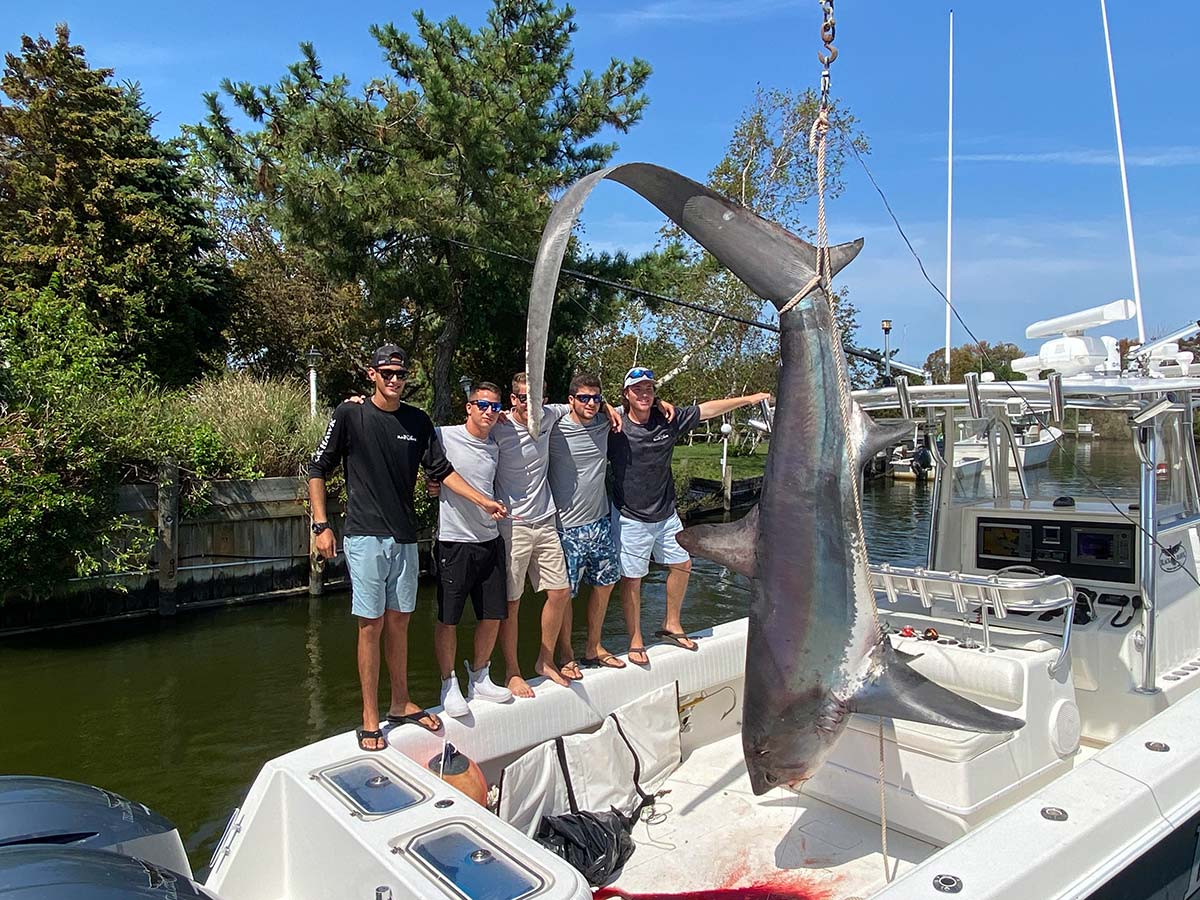 Bobby Lee, and Black Hawk are names you’ll recognize if you do any offshore tournament fishing here on the Island, or down in Costa Rica. As many of you know, Bobby passed last year following a lengthy battle with stage 4 pancreatic cancer, and he was still fishing the entire time. He and his team won the Tri-State Canyon Shootout during the time he was going through chemotherapy. The man was passionate about his fishing and never gave up. He spent a lot of his time offshore with his son, perfecting their skills as anglers. His son, Bobby Lee Jr., has jumped into his father’s captain chair and kept his legacy alive. Junior has also taken over the family business, running it in a way that would have made his dad proud. He has also taken over his father’s roll of dominating the offshore fishing scene, no small feat by any means. Junior loves spending time offshore, and (just like his father) loves putting his friends into fish. Recently, they caught one for the record books, and it’s a fish they won’t soon forget.

Team Black Hawk, consisting of Bobby Lee Jr., Carl DeVito, Mike Adamo, and Collin Muellers, headed out on a shark trip Monday evening. After a long night of not much action, the guys decided on making another drift, and hooked into a massive thresher shark in the middle of the night that put up one hell of a fight. Just as Bobby Sr. never gave up during his two-year fight with cancer, the team battled the giant whiptail for 12 hours without giving up. They broke three fighting belts in the process, and still came out victorious. With some assistance from their friend Steve Gifford, who ran offshore at 3 a.m. to assist them in landing the massive shark, they finally managed to haul it aboard. The huge thresher weighed in at 500 pounds and had an impressive 89-inch tail. Junior and the rest of the Black Hawk crew will remember this day for the rest of their lives – a fitting tribute to the legacy of Bobby Lee Sr.