Here is a species-by-species breakdown of what I achieved for the season, along with some things desired.

Each season I’ve been starting with some goals and ideas in my head for when I target individual species. Some are poundage goals, some are trying new spots, others are just targeting a specific species more often, and some can be catching a particular type of fish using a specific technique.

I’m delighted with the diversity that made up my fishing for the 2021 season. While not all the goals were met, I still learned and accomplished much along the way. Here is a species-by-species breakdown of what I achieved for the season, along with some things desired.

I’ve always had a love for targeting fluke. It happens to be one of the first species my father introduced me to at a young age through party boat trips. Back then, most of our fluke fishing wasn’t the most productive, and we never took home much due to a large minimum size but nevertheless, I was always interested in targeting the species.

A primary goal for the 2021 season with fluke was spending more time fluking overall. My 2020 season was lean on fluke fishing, which I regretted since I enjoy targeting them so much. Between ocean and bay fishing for fluke, I did each significantly more. I did have a sub-goal of hitting the 10-pound mark, which I came just short of. Either way, I was more than happy catching a 9-plus pounder on light tackle. A majority of my trips did take place in both Shinnecock and Moriches Bays, which in my mind are prime spots to target fluke with light tackle.

When I say ‘light’, I’m referring to 6- to 10-pound braid, 20-pound leader, and jigs as light as 1/8 ounce on certain days. Yes, you did read that correctly. I took the light tackle aspect to a whole other level and went as light as I possibly could with outstanding results. The lighter jigs combined with either Gulp or Fishbites made for such a natural presentation—it made it hard for them to resist. On top of it all, catching these fish on freshwater rods is an absolute blast.

The other half of my fluking for the season took place in Montauk. I got linked up with captains like Savio Mizzi and John Paduano. These guys have a knack for finding fish in the east, and that we did.

While we didn’t see the number of fluke Shinnecock or Moriches had to offer, the fish we caught were larger on average. All trips saw a realistic shot at landing a double-digit doormat. And while I didn’t reach that goal as mentioned above, many quality 5 to almost 10-pound fish hit the deck.

I went into Montauk fluke fishing with the same mindset at the South Shore bays—light tackle. The only difference was I bumped it up a few notches. The rods were slightly heavier, the braid remained 10 pounds, and the jig weights were bumped up. Now I was using 1-1/2 to 2 ounces instead of 1/8 to 1/2 ounces. By Montauk standards, that is considered very light as a typical fluke rig is equipped with an 8- to 12-ounce sinker on the same grounds.

This light tackle technique in Montauk proved to be highly effective as well. The fishing wasn’t always lock and load, but it turned out to be a quality pick of summer flatties when we found the pack. Still left to be desired is that magical 10-pound fish. That will be on top of my fluke list in 2022.

I have to admit, in some forms, I cut back on striper fishing from the surf to focus more on boat fishing for them and other species. I still did accomplish some goals. One of them happened to be catching larger fish during the daylight hours.

Some trial and error accomplished this goal. It all started a couple of years ago. I was using some large plugs while fishing deeper structure at the top of the tide. After some casting, I connected with a 30-pound class fish in broad daylight, which was a great surprise. Going forward into the season, I honed in on these windows where I believed big fish would come into shore, and I gave it a shot. Most of my trips were around sunrise and sunset at the top of the tide. For a while, I had a realistic shot at catching a 25- to 35-pound fish on every trip that those conditions all lined up. Unfortunately, during the best window, I came down with COVID and was only able to get in on the tail end of the fishing. My buddy Andrea stayed on the stripers and sent me pictures of several quality fish with a 40-pounder taking the cake for him.

Aside from the surf fishing, I was able to get in on some light tackle striper fishing around Montauk Point. I implied the technique of snap-jigging with Premium Bucktails and was able to land many fish on all my trips. A few of the fish cracked the 40-pound mark. The method has proven itself to me as being lights out, and in combination with light tackle, it’s a blast.

Even though the 2021 blackfish season is still going on as of this writing, I still met some important goals already for the 2021 season. My first from the spring season would be tog fishing from both the land and the kayak. While the fishing wasn’t nearly what it was in the fall, I still had a small personal goal of fishing tog during that portion of the year.

A fall goal of mind was discovering new spots for blackfish. In doing this, I realized that these critters are much more numerous than I expected. Almost every location I tried had them, and some spots I fished with not much hope going in had some of the bigger fish. The conclusion I came to was that other anglers had the same thought as me over the years and didn’t even try these spots, which resulted in an untouched location. The bottom line is if you think nobody fishes an area and you don’t have the most confidence, try it anyway—you may be pleasantly surprised with the results.

Typically tog aren’t regarded as a species that you can target with super light tackle. Being a light tackle enthusiast, I wanted to see how light I could possibly go for them. The best I could do was use 3/8-ounce jigs in about 20-feet of water with excellent results. Keep in mind I was fishing off a boat with spot-lock, and was fishing in an area with minimal current. The neat thing about this kind of fishing was how the fish responded to a nearly weightless presentation. Instead of the fish toying with the bait, they would pick it up and run with it. I have to admit, these type of bites with keeper-sized tog is addicting, to say the least, and I will be incorporating more of this near-weightless tog fishing in my 2022 season.

I call these fish ‘saltwater sunnies’ simply because they can be numerous, caught on freshwater tackle, and put up a good fight for their size. I’ve done some porgy fishing in past seasons, but I decided to get into them on the kayak this year.

The setting is Peconic Bay, and it’s May. For those who don’t know, the Peconics are inundated with porgies during the month of May. The other remarkable fact: a lot of these porgies are jumbos. Being on a kayak, bait isn’t always the easiest thing to use. It led me to the idea of just using jigs and Fishbites. Both these things are much more practical on a kayak and quicker. Using artificials for progies was a goal of mine, and it was a complete success. Don’t sleep on these fish. They can ensure your rod is bent for an entire tide.

This upcoming season will be a good one for setting more goals. Over the winter, I’ll work on a new set of goals based on what I accomplished this year. It’s extremely valuable to set individual goals around the type of fishing you do. In the long run, it will make you a better angler over time and will open you up to forms of fishing you have not done before. Remember your list of goals is unique to you. 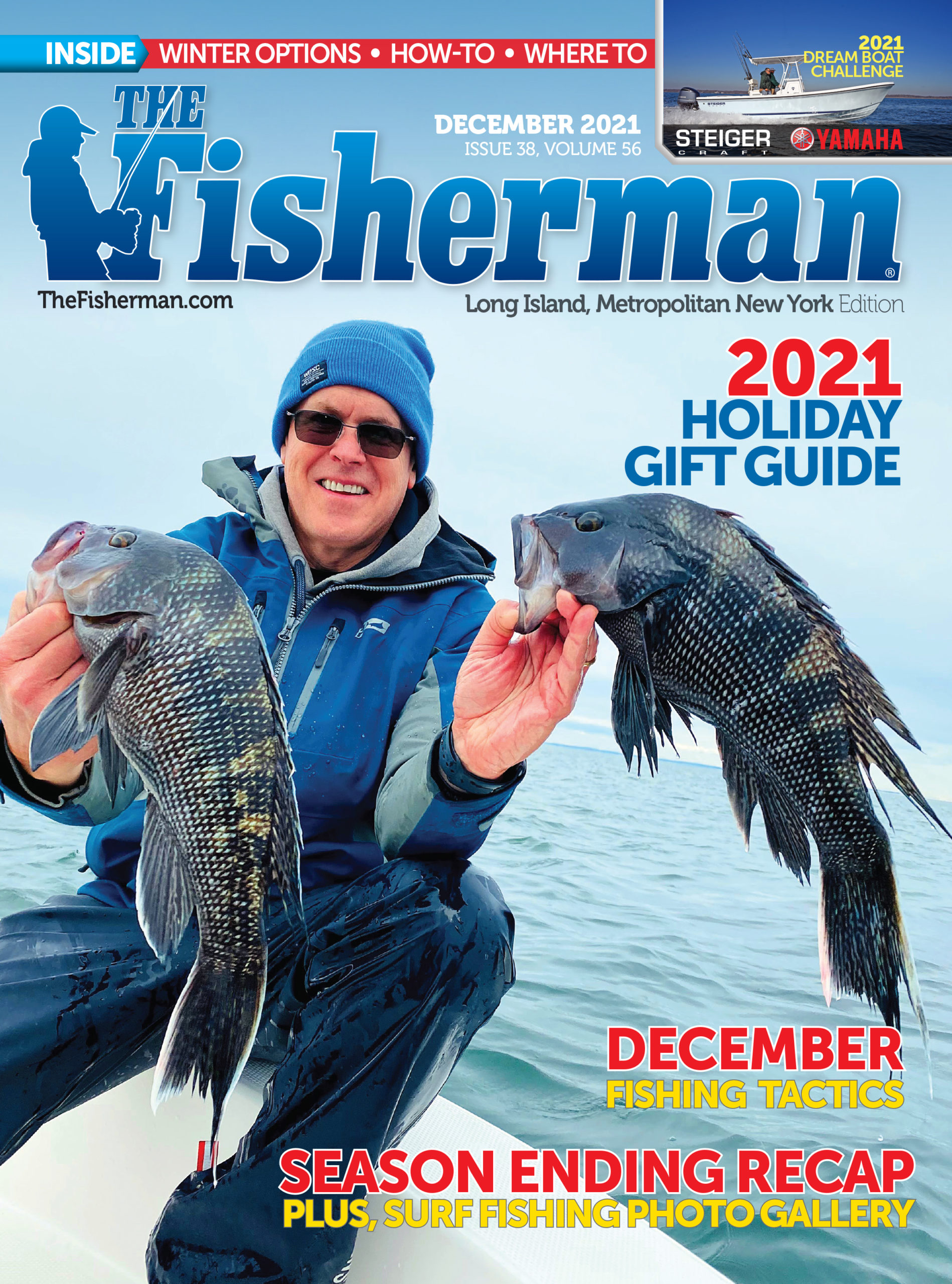