The ocean was full of life that clear blue June morning. Pods of bunker were everywhere off Barnegat Inlet at the Jersey Shore, and dolphin chased them right under our little center console. We saw a whale spouting in the distance. Wife Beverly, son Tom and I felt like we were on an expedition in the Galapagos.

Snag and drop livelining was still legal and popular then, and I especially wanted Tom to have a great trip. In a few days he would be enrolled in Pennsylvania’s State Police Academy for 6 grueling months, and this would be his last boat fishing trip for the year. Playing my part as skipper and guide, I told him to drop his snagged bunker right at the tip of the inlet’s North Jetty; there just had to be a bragging-sized striper down there!  A minute after flipping the Penn 550SS bail back, he had a hit so hard I was glad he was using my vintage fiberglass Fenwick rod. Instead of breaking, the rod arched over into a classic fighting arch, and it was fish on time!

Our quarry wasn’t a buster bluefish, because they usually come to the surface early into the fight, so I was fairly confident this was the Jersey cow striper we were seeking. But our 30-pound braid stripped off the spool so fast that Tom was far into the 20-pound mono backing. I told Tom to hang on, and I fired up the engine to gain some of our line back. I pointed my Boston Whaler toward the deep and disappearing line, and slowly he was able to retrieve some line back on the spool. Suddenly, about 50 yards off the bow, we saw an immense fish – half body, half sickle tail – go airborne and splash down like an old Sputnick space capsule. A thresher shark! 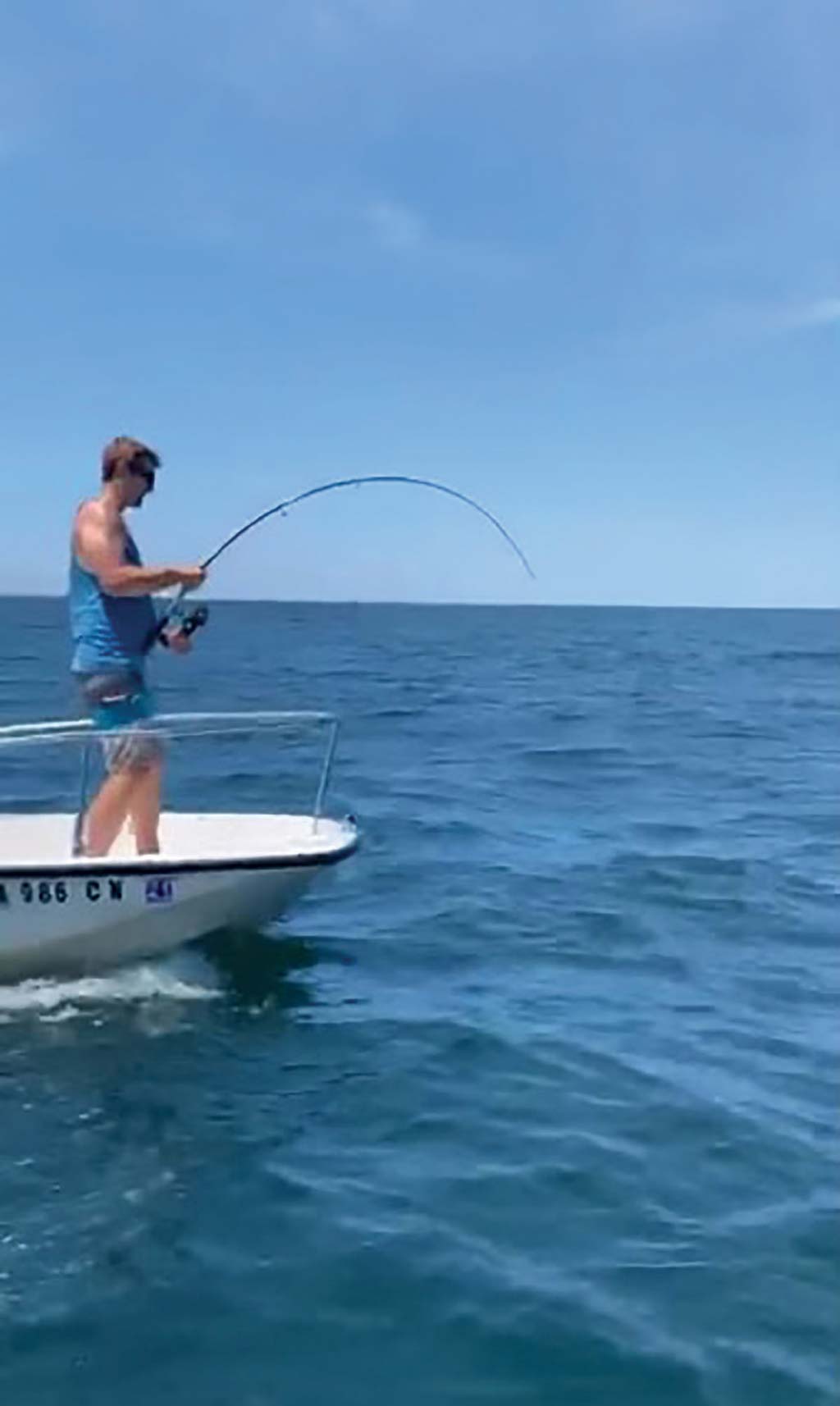 The fish knew it was in trouble, but so were we. Our terminal rig had maybe 3 feet of 80-pound mono leader at best, tied to 30-pound PowerPro braid running line. And while braid is great for sensitivity and non-stretch, it’s not so abrasion-resistant – especially on a 6-foot long thresher tail! We collectively made the scary decision to fight this fish to the leader, even though we were woefully unprepared to deal with a beast of this size and nasty disposition.

A larger center console, owned by the folks at Van’s Boats in Barnegat Light saw the thresher jump and offered to help. So here we were, three of us in our 17-footer, hooked up to a 5- or 6-foot thresher, with a tail as long as its body, towing us out to sea. We heard of the legendary Nantucket sleigh ride, but we were creating our own Barnegat Light version! We even had our own coaches and cheerleaders, thanks to the boys from Van’s Boats.

The thresher showed color once, when Tom was about an hour into the fight, all chrome and cobalt in the clear green water, about 20 feet down. But then it saw we were too close for its comfort and it easily sounded. Once more it leapt high into the air, enough for us all to see and admire its raw beauty, strength and elegance. This time the Van’s Boats boys had their cell phones ready enough to take some pictures and videos. We gladly show them to anyone.

So after what seemed a couple of miles and a couple of hours, the line simply parted. I guess that tail eventually did its job and abraded the line. All six of us in our two boats collectively moaned, then broke out into cheers and high fives. Sure, we lost the fish, “Palm Beach Release” style, but we knew our boat, tackle and teamwork lasted long enough to fight to a great finish.  We were participants in a hunt as old as mankind itself. We were close-up witnesses to one of nature’s magnificent creatures, beautiful yet dangerous, raw and pure as the ocean itself. 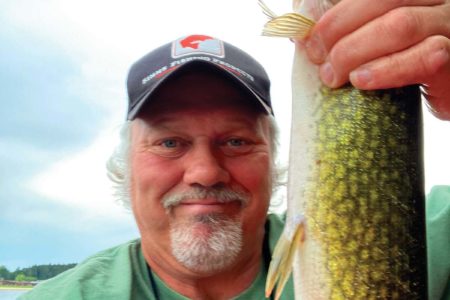