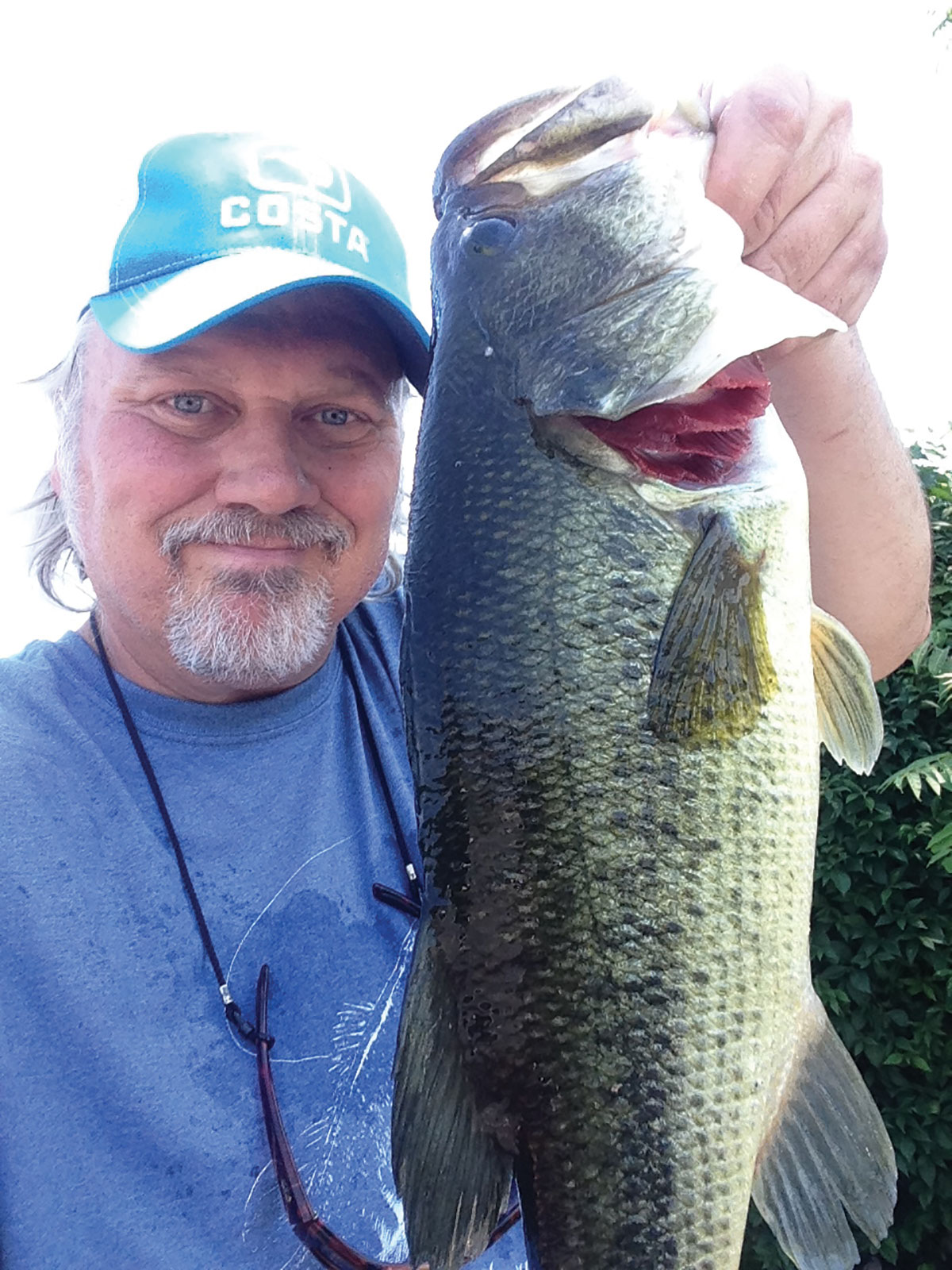 As a youngster, I did a lot of fishing for snappers, flounder and fluke, but unlike most of my friends, I also loved freshwater fishing. The lake where I focused most of my efforts was known by locals as Brady Park Lake. I mostly fished for carp but noticed some of the adults catching these cool looking green fish with black blotches on their sides that jumped when hooked. You might say at that point I was hooked on trying to catch largemouth bass.

I began in earnest targeting these fish, along with pickerel, crappie and bluegills. My freshwater love affair was in full swing through my childhood, teens, and adulthood and along the way I was occasionally catching some nice trophy size fish. I always dreamed and hoped I would someday get a true monster bass, one that would hit the double digit mark, but I really didn’t think a fish like that would come from the small Long Island lakes I fished. I did fish Lake Okeechobee in Florida twice, but the best I got was an 8-pounder.

Fast forward to about summer of 2016. As usual I was wearing my waders and plying the shores of Brady Park Lake in search of largemouths. On this particular day, I made my way out to the end of the peninsula that juts out into the lake. Standing about 30 feet from shore, I saw an enormous bass slowly swim past me just a rod length away. The fish disappeared into the murk and of course I fished the rest of the day with one thought in mind – catch that fish! That day came and went and I did not catch that bass.

For the next couple years I continued to fish my beloved hometown lake and managed to pick away at lots of nice fish. The funny thing was, almost every time I ventured out to the end of that peninsula, that monster bass would reveal herself, almost as if she was mocking me. No matter what I threw at her, she would have no part of my offerings.

On Sunday morning, July 7, 2019, I fished a couple of other local lakes but could not manage a single fish. One thing I am if nothing else is stubborn and persistent, and I absolutely hate getting skunked! Given that, I headed to my “go-to” lake – Brady Park. It was already 10:30 a.m. with a bright sun but I was determined to keep fishing. I did manage a couple decent bass and was about to call it a day when something told me to give the peninsula a try. I set up along the west side of the point, 20 feet from shore, and began casting a weedless surface frog into and along the weeds. After 15 or so futile casts it was getting hot and I had already landed a couple of nice bass. It was time to go, but then I realized I hadn’t seen “my girl” yet. I reached into my pocket and clipped on a 3/8-ounce chartreuse spinnerbait. I cast it out about 40 feet along the edge of a thick weedline and two turns into my retrieve I get banged.

I immediately felt some serious weight and for a split second thought I was snagged, or maybe foul hooked a big carp. Seconds later, a giant green fish jumped 2 feet out of the water with my spinnerbait dangling from its mouth. The monster largemouth was really pissed off and I fought it as best I could with my Fenwick Lunkerstik rod and 6-pound test mono. After about eight or 10 minutes, I had her close enough to clearly see that this was the same giant bass I had been hunting for the past several years. As I reached down to lip her I was shaking like a leaf. I held her up in awe for several seconds and realized I had to release her ASAP. I quickly placed her on Rapala digital scale and to my delight, it read 10 pounds, 15 ounces. I then snapped a couple of photos as best I could, and with wet and trembling hands, eased her back into the water. I stood there feeling at one with nature and with so much gratitude. I actually stood there on the shore and said out loud, “It was nice to finally meet you.”