Ever since I moved close to the ocean, I have found that I have afterburners that fire automatically when I feel the end of the striper season closing in. I know I’m not the only one that does this, and I’m sure everyone has their own reasons, but for me, it’s all about the challenge. I like being that guy that’s still hooking up when the fishing is difficult, and most others have given up. I also like when people look at me like I have five heads because I fished on a night when it snowed, or it was under 30 degrees.

But I have also had great results fishing that final push of stripers, and I’m talking about nice fish, not big numbers of little guys. For me, up here in Massachusetts and Rhode Island, that means the final weeks of November. If you fish on Long Island, you’re probably looking at Christmas as the final call most years. For those in New Jersey and points south, the striper fishing usually lasts well into January, and friends of mine that live in northern New Jersey had told me about years when there were fish on the jetties all winter long! So if you’re reading this outside of New England, apply this story to your season on a sliding scale.

Believe it or not, lack of angler motivation is the true dictator of when the season ends—that or accepted norms. And I get it; when it’s 29 degrees out and sleeting sideways, it’s hard to get excited about taking salt spray in the grill, hoping for a hit that has a high probability of never happening. I am certainly no different, and I have my limits too.

I make myself feel better about the numb hands and fishless nights by putting myself in places where I believe the probability of hooking up is the highest. I look at the striper migration as a fluid entity, a homogenous mixture of fish and water that has to move around or through every obstacle it encounters. I know the fish are not traveling in a binary pattern, but thinking of it this way removes the unknown portion of the equation and allows me to focus on what I can infer.

The three main obstacles I look at are points, corners, and inlets. I will class together points, bars, jetties, and islands. Corners are more prominent points of water transfer, think Point Judith, Montauk, or Sandy Hook—huge volumes of fish and water surge around these major promontories every day. I think of these areas as excellent starting points. You can count on more fish to pass at these spots than anywhere else when you can’t find fish. When I say ‘points,’ I’m lumping together anything that forces fish to turn and pass at the tip. Going back to the fluid analogy, if all the fluid is flowing at the same speed, but some of it is forced to negotiate a finger of land, it’s going to back up behind it and be forced to pass at the tip; this is why they make such great late-season spots. But even just a long, shallow bar will funnel migrating fish into an easier-to-target zone simply by removing the depth dimension from the equation.

Inlets have their own drawing power. They inject a stream of current, baitfish, warmer water, and scent into the ocean, which I believe piques the stripers’ instinct enough to draw them into the source to hunt. The only instinctual draw that’s stronger than their need to migrate is their need for food, and they know a dumping inlet always presents a high probability hunting ground.

You can go about the late season in three ways; you can throw in the towel, you can fish with your binoculars and look for working birds in daylight, or you can set up in high-probability spots where migrating fish will either have to pass or instinctively turn in for a look. My results have proven the effectiveness of targeting these passage zones. Now it’s up to you to put it to work in your home waters. 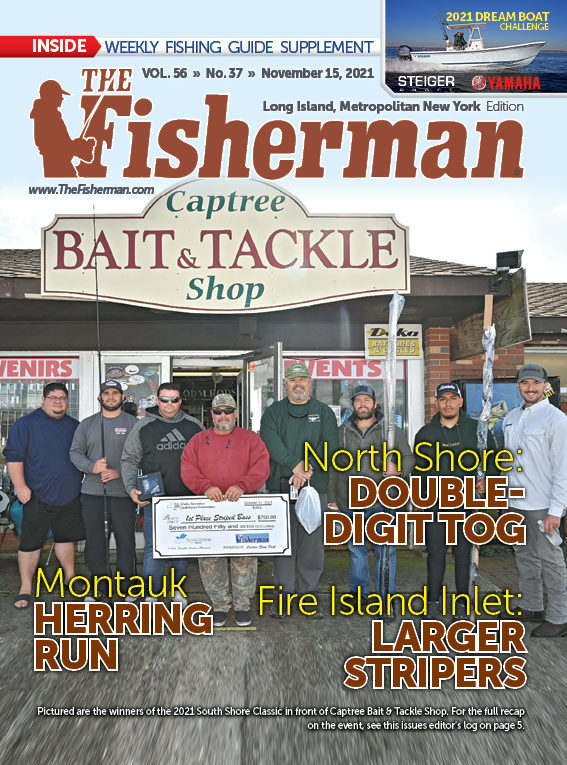