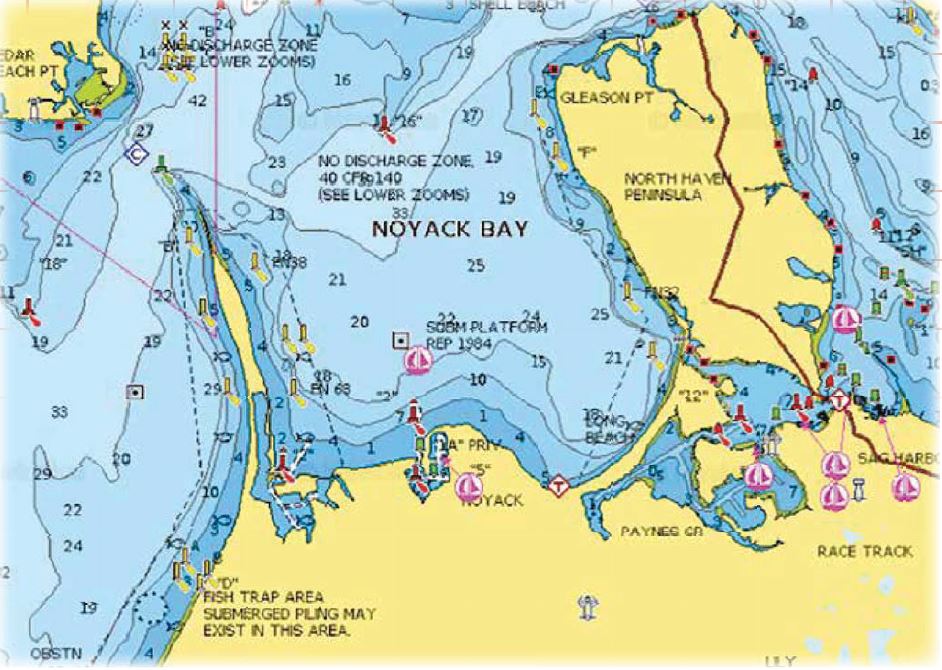 Nestled between the North Haven Peninsula and Jessup Neck and southward of the western end of Shelter Island and part of the Peconic Bay estuary sits Noyack Bay. According to Ken Morse of Tight Lines Bait and Tackle in Sag Harbor, this pristine and tranquil body of water can provide some serious fishing action.

The past few seasons have seen incredible catches of weakfish beginning in late May and carrying well into August. Some of Ken’s shop regulars reported catching and releasing as many as two dozen weakfish to 8 pounds per outing. Fortunately, all or all but one of the fish were released by these anglers. High-low rigs baited with squid strips accounted for many fish, however soft plastics as Storm Swim Shads, Fin-S-Fish and twister tails in pink, white and yellow also took their share. The area around buoy 16 has been a consistent producer the past few seasons. Ken suggests working the incoming tide by starting out at buoy16 in 12 feet of water and drifting south to 54 feet of water. This was the hot formula last season.

Aside from weakfish near buoy 16, you have a bit of everything according to Ken, with jumbo porgies chewing down squid and clam strips during May and June. Bluefish and even some big stripers are frequent visitors during the same time frame. During the summer and into the fall, kingfish, blowfish, smaller summer run weakfish, snapper blues, bay porgies and even some quality sea bass make up a smorgasbord of species for those anchoring and clam chumming anywhere along the drop-off. The moderate current here allows 3-ounce sinkers and one ounce jig heads to get the job done under most conditions.

If you find for some reason the buoy 16 area is not producing, wait until the current begins to ease and head over to buoy 17 at the tip of Jessup Neck and try fishing the 70 foot depths located around the buoy. You’ll find good mixed bag action here as well, but the stronger currents limit the best of it to an hour before and after slack water periods. Be advised that sea robins can at times be an issue in this area should you land on a nest of them, however some mighty big sea bass also patrol the depths here.

For more info and all your bait and tackle needs, stop on over at Tight Lines Bait & Tackle where I promise you that Kenny will do his best to put you on one of Long Island’s best kept secrets.