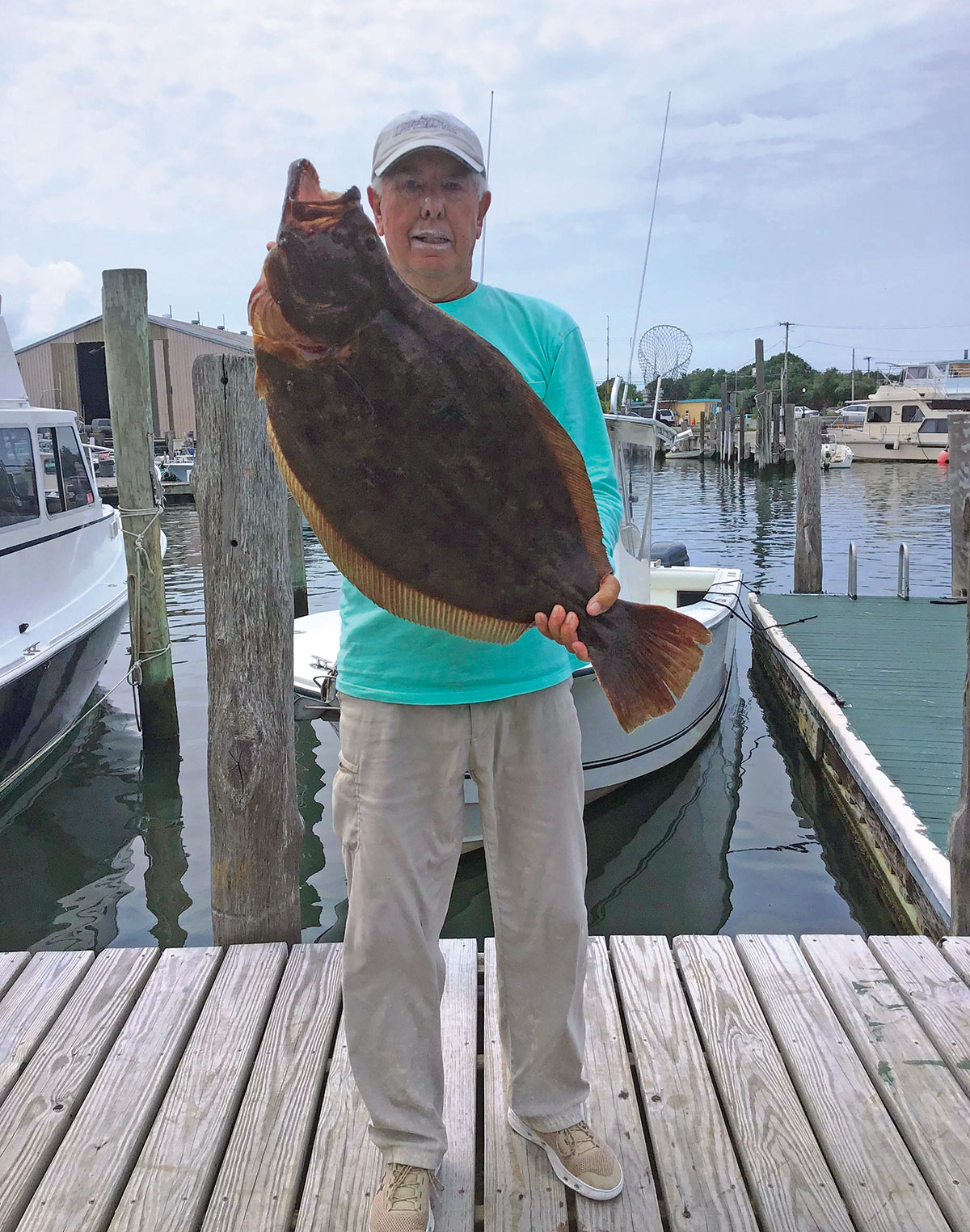 Luck notwithstanding, the facts surrounding the catch of my Dream Boat doormat did include a modicum of expertise plus the right response to the situation. My fluke fishing experience covers 65 years of fishing Long Island and its surrounding waters, during which time I have caught hundreds of fluke, but not one double digit doormat—the gold standard for serious fluke fishermen. My stories of lost fish at the boat could fill volumes. Since my bait of choice always included whole squid, multiple spearing and live bait when available, I had more than my share of chances but never managed to finish.

This past season, I had been fishing for weeks in the waters surrounding Montauk Point and catching many fish in the 3- to 6-pound class with an occasional 9-plus pounder in the mix at Cartwright. On July 28, the wind was down and gentle out of the west, while the ebbing tide allowed for a perfect drift starting in 118 feet of water on the North Grounds. Only one other boat was fishing the grounds that day. Using whole squid I was quickly rewarded with several 5- to 6-pound fish before getting a hit that made me believe there where bigger fish to be had. During one of my retrieves I hooked a tinker mackerel of about 10 inches, followed by two more. All went into the livewell followed by a quick change to a live bait rig – an 8-ounce sinker attached to a slider followed by a 5-foot leader of 40-pound test finished off with a 5/0 live bait hook. Back to the deepest part of the structure, my drift took me up the side of the trench. The live tinker was hooked through his nostrils and the tail fin clipped to make it an easy target for predators. Within minutes my drift was rewarded with a solid smack. I dropped back to allow the fish to take the bait before slipping my Penn 975 into gear. My initial thought was bottom but the fight that ensued had me believing it was a huge dogfish or a big bass, and too big to be a fluke. My fluke net was still in the T-top and my bass net lay on the forward deck of my 26 Regulator.

Suddenly, the fish was within reach and just a foot below the surface. My heart started racing as I began to think about how to not screw up another big fish at the boat. I reached up and grabbed my smaller fluke net, held the rod in my left hand and slowly slid the net in front and under the fish without touching it. Then I dropped the rod and with two hands on the net made one continuous move. The fish really didn’t fit in the net but it was in the boat before it had a chance to back out. My Boga scale went to 15 and in my mind I thought “now I can die.” Fishing by myself at 80 years of age I finally had boated the double digit fluke I had sought for most of my fishing career.

After a taking a little time to savor the moment, I hooked a secondtinker and returned to the same spot. Within minutes the rod bent with what appeared to be an even larger fluke. My next thought was to get the bass net, but while working my way back from the bow I created some slack in my line, causing me to drop the fish.

The last tinker also produced a pick up but no hook up. In hindsight I believe there were many big fish in the area at the same time feeding on large live baits. Subsequent drifts with whole squids produced some 5- to 6-pound fish. I called it a day and headed for Montauk Marine Basin where the scale settled on 14.62 pounds.

The following day I returned with a friend, caught several tinkers, and on our first drift he hooked a fish that acted the same as my big fish before the hook pulled. The lesson here I believe is – with exceptions – true doormats will pass on smaller baits while waiting for a larger meal like a tinker mackerel, bunker, porgy or other large baitfish to come along. The pickup is slightly different in that a longer drop back is necessary, with significant tugging as the fluke turns and swallowsthe bait.This is where it pays to be patient. Unlike most predator fish that grab a bait and immediately turn to run, resulting in a hookup in the corner of their mouth, fluke will move forward or remain hugging the bottom, which can result in a lip-hooked fish. Fortunately for me, my fish was solidly hooked in the throat. It wound up being the largest fluke entered in the 2018 Fisherman’s Dream Boat Challenge.