2020 has been a trying year, I don’t need to tell anyone that. Between the pandemic, murder hornets, mystery seed packages in the mail from China and who knows what other things I am forgetting (or have blocked out of my memory), it seems like it just won’t quit. Well, piling onto the poop sandwich that this year has been, back in June we lost a friend and all-around great man in Don Michaud.

I’m not sure exactly when or where I first met Don, but we knew each other for many years. We ran into each other on the rocks at Quonny breachway, as well as the many different tackle shops he worked at over the years where he always greeted me with a smiling face from behind the counter. As we became better friends, he opened my eyes up to a lot of new angling techniques as well as some old, long-forgotten ones, and I became a better fisherman for knowing him. We shared stories of angling wins and losses, talked about life and he loved to joke about what I was in store for as I was starting up a family. When I began working here at The Fisherman Magazine, Don was genuinely happy for me and I appreciated that.

For several years he would host the annual Rhode Island gatherings—or legs as we called them—of the Striped-Bass.com community. Whether working at Weekapaug Bait & Tackle, or later at King Cove, he opened up the shop and the grounds to us as we would burn meat and share exaggerated stories of recent surf conquests before heading out for a night’s session on the local beaches. The shop became a home base for us all for the weekend with many out-of-towners sleeping in the back of their truck behind the shop before making the return trip home.

Spending time with him over the years, I always knew that Don was sick, but it was never something that we spoke openly about. Maybe out of the uncomfortable nature of the subject, or out of our acceptance that there were more positive things to discuss, I cannot ever recall a moment where Don broke into any sort of “woe is me” talk. Instead, he was always upbeat and happy, a rarity in today’s world.

A day or two after his passing in June, word made its way to me. Despite some legwork at the time, it took a little while to track down any details on the subject—kind of the way I would have predicted it as I never knew him to call for attention. When his name recently popped up, I came across the following obituary posted online at legacy.com. 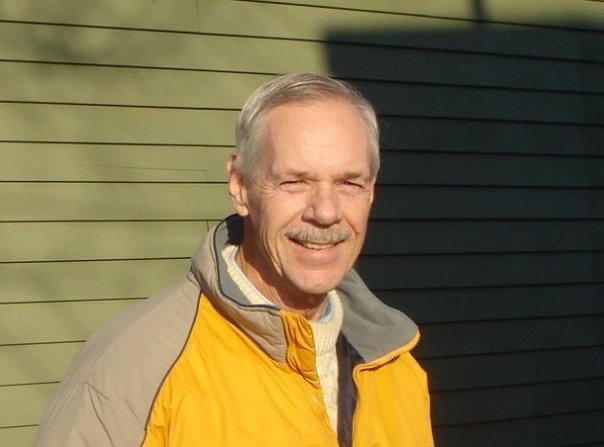 Don was a man of many talents, working first in his family’s meat business, P W Rounsevell Inc., in Cambridge, Mass., and then as owner of Sobocinski Meat Market in Salem, Mass. Don also worked as a logistics specialist for a regional shipping concern; and then as a commercial fisherman in Gloucester. After moving to Stonington in 2003, Don managed the Stonington Marina.

Don was a fixture at Noah’s Restaurant in Stonington Borough most evenings, sitting at the bar, sipping his glass of red wine and sharing fishing stories, jokes and factoids about the most diverse subjects. He took great joy in surreptitiously passing out pieces of chocolate to his friends. Don loved to cook and enjoyed nothing more than making stuffed clams, scallops wrapped in bacon and other favorites; and giving them to friends. He was a regular at the Stonington docks, buying bushels of fresh scallops and parceling them out to his friends. Don loved to fish and wanted to be out on the water whenever he could. He was an avid Boston sports fan, rooting for the Red Sox, Bruins, Celtics and Pats, depending on the season.

Don is survived by a son and a daughter, as well as several grandchildren. He will be sorely missed by all of his friends in Stonington, who, as his illness progressed, became his family.

Impellitteri-Malia Funeral Home is handling the arrangements. In accordance with Don’s wishes, there will be a private ceremony at sea, the place Don loved the most and was at peace.