With the fall season upon us, striped bass are on the minds of many anglers, and invariably the topic of striped bass management rears its head on beaches, docks and social media. I’ve discussed the issue with scores of fishermen, industry folks and those in fisheries management, and it seems everyone has their own answer to ensure that we have healthy striped bass stocks now and for the long term.

At first glance, the obvious answer would seem to be a management policy that protects large breeding fish. Recent research makes it pretty clear that these spawning fish produce the greatest number of eggs, and disputes the belief by some biologists in the past that while they produce more eggs, the survival rate of those eggs declines as the fish get bigger and older. Now, scientific evidence suggests that the offspring from big female bass actually perform better than those of smaller females since their eggs and larvae are often larger, grow faster, and are more capable of withstanding starvation. The higher vitality or fitness of the eggs and larvae produced by older adults is due to older fishes having more metabolic reserves which enhances their ability to invest more energy in each offspring (we will have more on this subject in an upcoming feature).

The downside of restricting harvest of the largest stripers is the potential level of mortality on released fish, and the inability to perform a successful release under certain fishing conditions. It is nearly impossible for a surfcaster to give a big bass (we’re talking over 30 pounds) the attention it requires for a successful release on an oceanfront beach when there is even a moderate surf running. Likewise when releasing a big fish from a jetty or a perch such as the rocks under the Montauk Lighthouse. For boatmen, how do you release a fish that you cannot reach because of the height of the gunnel, and ditto for party boats which now target stripers on a regular basis? A battle weary striper suffering from lactic acid buildup will likely not survive just being dropped back into the water, especially after being posed for photos and possibly hung from a scale. The odds of survival during the warm weather months are further reduced by water temperatures that can approach 75 degrees or higher. I heard from a couple of catch and release Montauk captains that were frustrated this summer by big bass turning belly up and floating downtide after being released. They wound up chasing them down and wound up having to keep the fish despite their good intentions. It seems like the question with this management approach is does the good outweigh the bad?

There are a lot of people out there who believe a slot limit is the answer, although most fishery managers don’t seem to agree for one reason or another. Advocates point to the success of slot limits on species like redfish and snook down south, yet a recreational slot has never been instituted on striped bass in our region. Could a slot that allows one smaller fish of say 26 to 30 or 32 inches, or a fish larger than 38 or 40 inches to be kept and everything in between be released work? And then there are those who believe that simply raising the size limit to – pick a number – 32, 34 or 36 inches is the answer. They point to the success of the 36-inch size limit that followed the moratorium and helped fuel the fantastic fishing that occurred in the ‘90s and early 2000s.

I don’t think too many people would argue that making striped bass a gamefish and thereby removing the price tag off their heads would be the ultimate solution to healthy striped bass stocks in the future. Unfortunately, I don’t see it happening in my lifetime. A rod and reel only fishery would help to some degree and is more likely to gain legislative support. 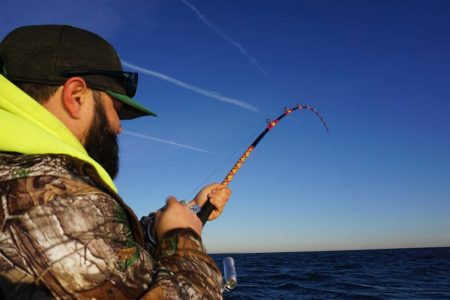 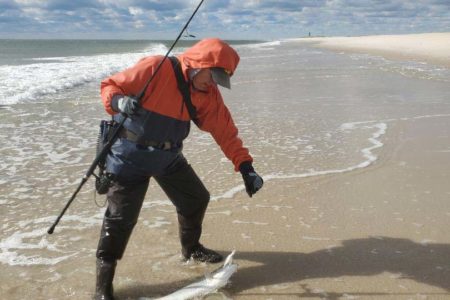 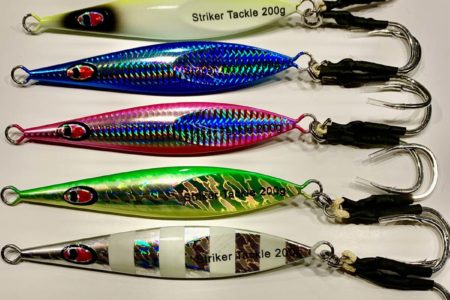