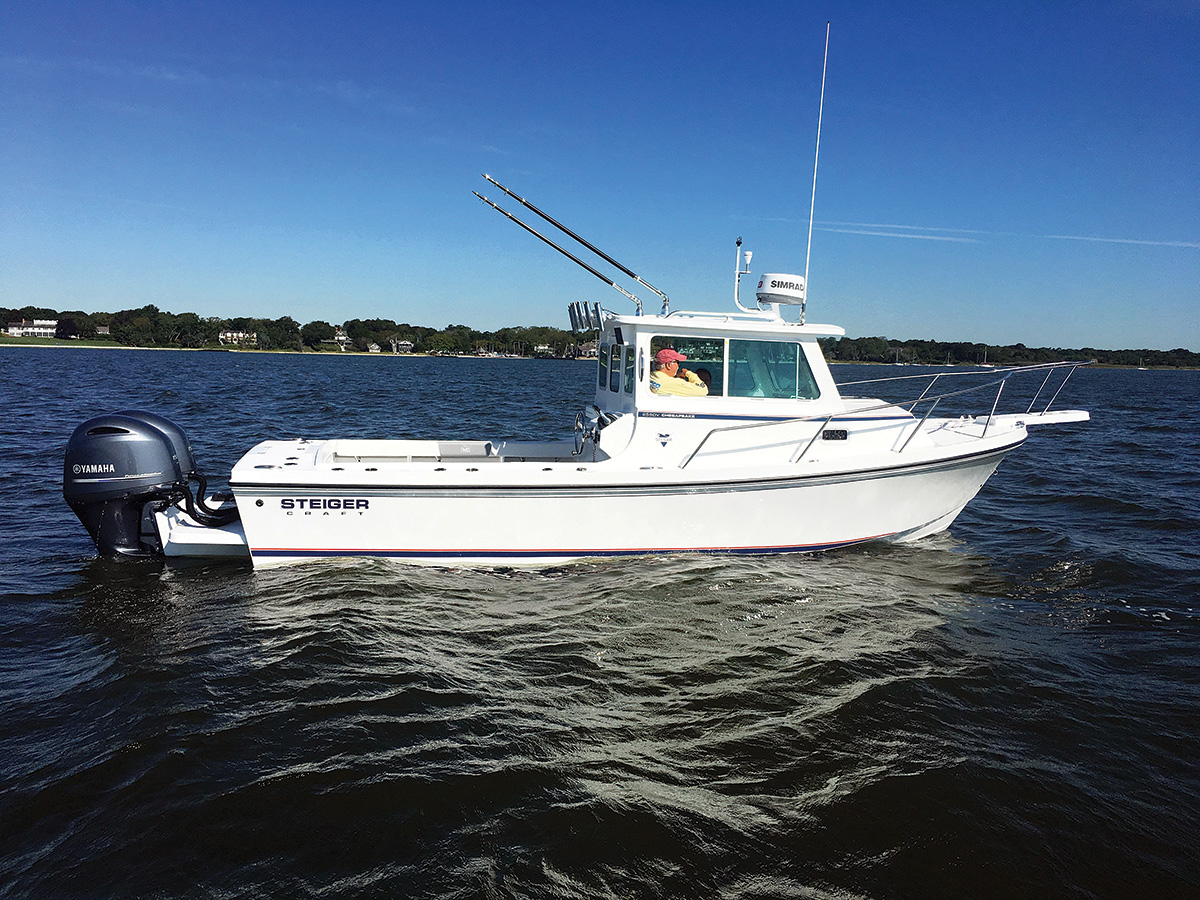 I had the chance to jump aboard Steiger Craft’s next-gen 255DV Chesapeake a few weeks back, and you will definitely want to know more about this roomy, fuel-efficient sportfisher. Alan Steiger and his team have carved out an enviable reputation over the past few decades, manufacturing rugged and affordable coastal work boats and sportfishing machines in their Bellport, Long Island facility. Steiger Craft boats have an extremely loyal following and a waiting list for orders, not just with Tri-State anglers, but with folks up and down the East Coast from Maine to Miami. Steiger Craft builds 100 to 120 boats per year in a semi-custom production format, where prospective boat owners have significant input on how their boats will be equipped as they are being built. Steiger boats can typically handle the rough stuff, and I have spent many an all-day trip with one under my deck shoes, guiding a crew out to the offshore fishing grounds and back.

Last season Steiger literally “broke the mold” and introduced the 21 DV Miami model that set new standards for other family members to ultimately follow. The 255 DV series will be the next wave of boats in the Steiger lineup to follow this path, incorporating many of the improvements introduced by their little sister last year. These upgrades include an enhanced heavy duty rubrail; a redesigned bow pulpit with a better fit into the deck mold recess; a raised cabin area with 77 inches of standing headroom; an additional 4 inches of cockpit depth for more security when bringing the big ones onboard; an upgraded livewell hatch in the transom cap that minimizes backsplash; a new up/down captain’s bolster seat and a doublewide bench for the crew in the pilot house; an expanded electronics dash panel that accommodates a 12-inch multi-function display; a higher profile rocket launcher for the pilot house top that has added a sixth rod to the mix; twin Blue Sea waterproof breaker panels; plus the Chesapeake version gets a locking Pompanette cabin door, along with a three-rod rocket launcher to port, two storage shelves and a knife rack. The entire 255 DV pilot house lineup (the Chesapeake and the Miami) has also been upgraded to carry up to 400 sea ponies on the transom, to allow for the use of Yamaha’s popular new in-line four cylinder F200s.

The Chesapeake model that we tested for this review was actually a customer’s boat that was in the process of getting prepped for final delivery, but we were able to arrange a slight “detour” just to make sure that everything worked up to expectations. The most impressive aspect of the new 255DV hull was her relatively flat running attitude, which is remarkably consistent from rest, to slow trolling speed, to tuna trolling speed, to jamming the throttles for a hole shot when getting her up on plane.

The large windows in the pilot house offer an unobstructed 360-degree panoramic view of the horizon for excellent situational awareness of the waters around you at all times. These windows will also protect you and the crew from cold winds and spray when heading out the fishing grounds, plus the sliding and/or pop-out features allow welcome ventilation on those sweltering hot summer days. The 255DV features an insulated fishbox in the cabin area between the bench and helm seat that measures 35 inches long by 28 inches wide by 16 inches deep, so it will preserve your catch in the deep chill for the ride back home. The icy gurry is evacuated overboard via a heavy duty diaphragm pump when it’s time to clean up. Besides weather protection, the cabin also offers a marine toilet with holding tank, a full width bunk that’s 7 feet in length with 2-1/2-inch thick upholstered cushions, a Bomar hatch overhead complemented by twin portholes for added natural light and ventilation, plus plenty of dry stowage for your gear.

The fishing cockpit of the Steiger 255DV Chesapeake (and the open back Miami) measures 8 feet in length by 7 feet in width, which translates to 56 square feet of dancing space, supported by 28 inches of internal freeboard. With this roomy layout, I would take this boat to fish offshore any day! Our boat was equipped with three flush mount rodholders in each gunwale, a trio of horizontal racks under each side, plus a quartet of flush rodholders flanking either side of the 40-gallon transom recirculating livewell/fishbox aft.

Out on the Great South Bay, the twin Yamaha F150s hit a top speed of 48 mph at wide open throttle, with a fuel efficient cruising speed of 30 mph at 13.1 gallons per hour at 4000 rpm, for a net of 2.3 mpg. At these numbers, the 150-gallon tank will take you a long way between fill-ups. Best yet, this efficient Steiger deep vee planes on one engine, getting 30 mph at 5,200 rpm, and few of this Long Island girl’s competitors can make the same claim. Backed by a transferrable lifetime hull warranty, the 255DV is one sweet ride! For more information, visit www.steigercraft.com. 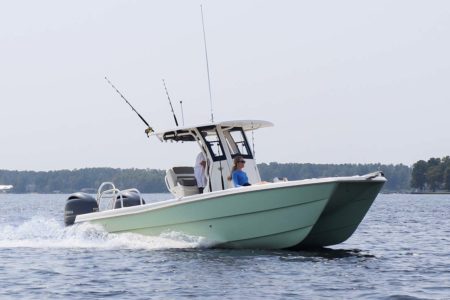 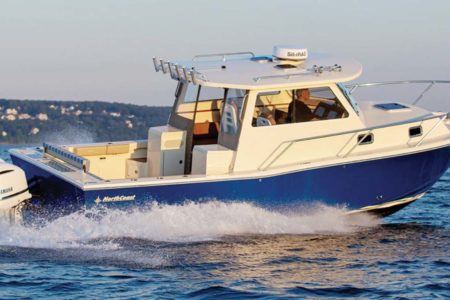 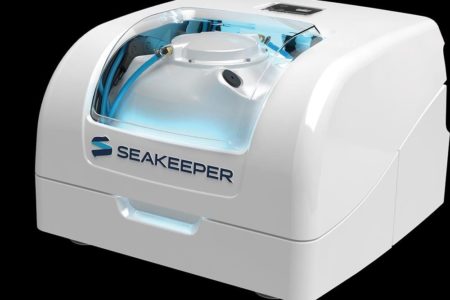 Stabilization for smaller boats in the 23 to 30 foot range has been a hot topic on just about every coastal angler’s wish list at some point in their fishing life.